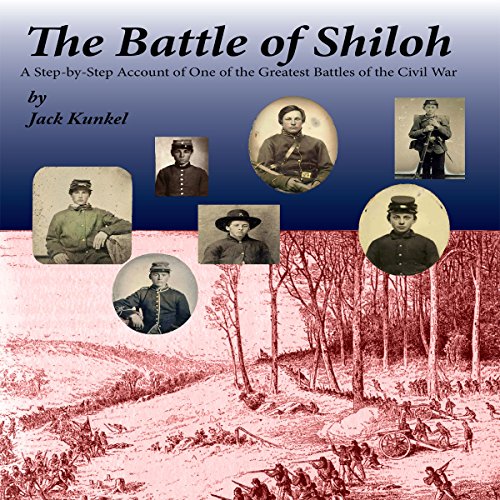 The Battle of Shiloh

One Sunday morning in early April in 1862, the North and South clashed at an obscure river landing deep in the Tennessee woods, far from the intensely watched battlefields near Washington and Richmond. Until now, many experts believed that the Civil War would be over within a matter of months. But they were in for a shock! Fought by amateur soldiers - mostly Midwestern farm boys led by generals who had never conducted operations on this scale - when the two sides finally came to grips at Shiloh they fought with incredible ferocity that piled more casualties in two days than the losses of the American Revolution, the Mexican War and the various Indian wars combined. Shiloh was a confusing battle, partly because it was a battle of amateurs and partly because it was fought in rugged terrain. Because of this, the author carefully takes you through the fighting hour by hour to help you understand what this tremendous battle was really like, both for the generals and for the young soldiers who did the fighting.

What listeners say about The Battle of Shiloh

Highly recommend! Wish there were more play by play battle books like this. Great for study when on the battlefield.