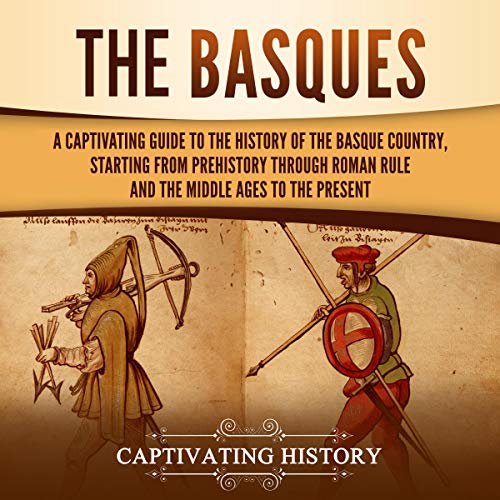 If you want to discover the captivating history of the Basques, then pay attention....

The Basques live in a modestly small, triangular-shaped country that straddles the farthest northeastern portion of Spain and the southeastern portion of France. While some live outside this area today, many still call this region home. These hardy people have dwelt in the foothills of the jagged Pyrenees Mountains since prehistoric times, and they’re still there to this day.

The Basques manifest a genetic makeup that is prehistorically distinct from that of their neighbors in Spain or France. This has puzzled scientists and researchers for years. A genetic study conducted by Uppsala University in Sweden in 2015 discovered that the Basques established themselves as an ethnic group during Neolithic times, anywhere from 12,000 to 4,500 years ago.

The Basques were isolated from other human migrations into Europe for millennia. Anthropologists have said that they are descendants of the Neolithic farmers who intermingled with a hunter-gatherer culture. About 850,000 pure Basques live in Spain, while 130,000 dwell in France.

In this book, a great effort has been made to present the clearest explanation possible to elucidate the history of these fascinating people.

In The Basques: A Captivating Guide to the History of the Basque Country, Starting from Prehistory Through Roman Rule and the Middle Ages to the Present, you will discover topics such as:

So if you want to learn more about the Basques, scroll up and add it to your cart now!

What listeners say about The Basques

THE HISTORY OF THE BASQUES THROUGHOUT THE AGES

This account of the Basques from the paleolithic age to modern times captures the interest of the listener. It is a story absolutely packed full of facts, dates, times etc. I had scant knowledge of the Basques mainly based on my travels throughout France and Spain but was totally ignorant as to the importance of this unique group of people. A definitely MUST for a second listening.

This was like reading the cover sheet and asking it to supplant an encyclopedia. It is paper thin only a ghost of coverage.

This was a excellent book on the history of these people. The narrator was well spoken and easy to understand. Even though it doesn’t seem like a long book I felt like I was given a great review of the past and present of this area and their culture.

Before this audio book, I knew very little about the Basque people, culture or history. I found this audiobook to be very informative an the narration was wonderful. It is just shy of 4 hours so great to listen to in one sitting. Highly recommended.

Love history and this was no different. This was thoughtful and engaging. The author was very thorough in his research. Would recommend!!

I read Kurlansky’s superb Basque History of the World many years ago, & was hoping for a quick refresher as fascinating as his is. Unfortunately this was just an e n d l e s s recitation of unknown dukes, kings & lords fighting & killing each other from prehistory thru the monotonous Middle Ages til today. They spent a few minutes on fishing, all about whales, while never even mentioning Cod ( another wonderful book by Kurlansky), which the Basque found off coast of N America in medieval times, kept secret for centuries, & with which they managed to keep Europe fed on meatless days for just as long.

A unique people and a complex history

The Basque people are a fascinating example of how language, culture, and heritage can survive the ages in the face of wars, time, and hardship. The audiobook makes it clear how these people have managed to maintain their identity through their unique language and unity against the Romans, European powers, and ever changing economic challenges.

Telling this story does require explanations of the surrounding European power struggles among the Spanish, French, English, etc. So, at times in the middle chapters tend to lose focus on the Basques, unfortunately, to explain these various contextual conflicts.

In spite of this, the story as a whole is a wonderful overview of the Basque people, their history, and their unique language and heritage.

this book has lots of information about a group of people that I had never heard of previously..

Had no idea of who the Basques were and knew absolutely nothing of their history! Easy to read and follow! Loved it!

As my first audiobook, it was a perfect selection.

Dear fellow reader, I found this book to be engaging, well written and highly detailed. The narrator was well chosen and the flow of the audible content, without hitch or skip. I have read a number of Matt Clayton's works before and have learned much from him through his approach to historical content. I recommend this book as an audible offering.

A lot of material here!

This is material that would bear repeated listening to take it all in, keep a journal handy for short entries of dates & figures as well as a map nearby!

But for a quick & dirty summary, this volume is indispensable!