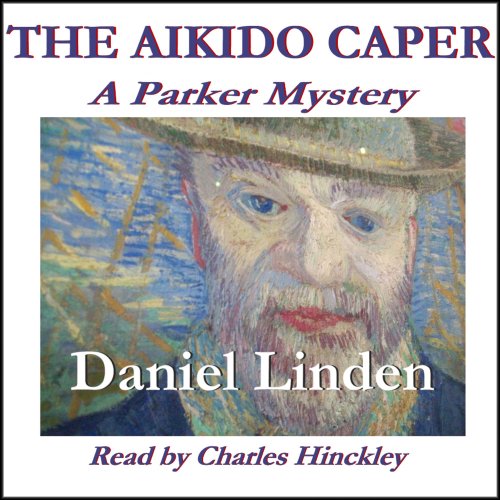 By: Daniel Linden
Narrated by: Charles Hinckley
Try for £0.00

In The Aikido Caper Sensei Parker faces a mysterious challenge when someone decides that the classic movie, Above the Fray will not be re-made. He is hired to protect the star and his wife, known collectively as Thadenzuela - Thad Deep and Valenzuela are Hollywood stars of a great magnitude and won't allow their bodyguard to wear a gun. In comes Parker, an aikido master and head of a school that is falling on hard times. He needs a job and they have one for him. Protect them.

Parker saves them from a kidnapping attempt, roadkill and air kisses, but quits in the face of shotguns and multiple attackers, "It's time to call in reinforcements," he says. Eventually they realize that the only person who can make the action scenes in Above the Fray look real is Parker and he is brought back as the martial art choreographer. Just in time.

What listeners say about The Aikido Caper

If you could sum up The Aikido Caper in three words, what would they be?

A fun romp with Hollywood privileged stars and PI's.

The main character has heart and grit.

At the hotel where he first meet the Hollywood couple.

When he finally connects with the girl.

A fun first in book in the series.

Horrible from top to bottom

What disappointed you about The Aikido Caper?

Everything about this book is disappointing. From the description of the characters to the supposed plot to the audible performance. The story reads like a bad soap opera. After the 500th superlative and having the main character fall into bed with one of the first women he sees with absolutely no buildup, I was done. I couldn't even finish the book.

What was most disappointing about Daniel Linden’s story?

The prose and dialogue were completely unbelievable. Poorly worded descriptions, ridiculous scenarios, and lame action put me to sleep.

His voice is so monotone. There's no difference in character voices and everything is read at the same pace and volume. Boring.