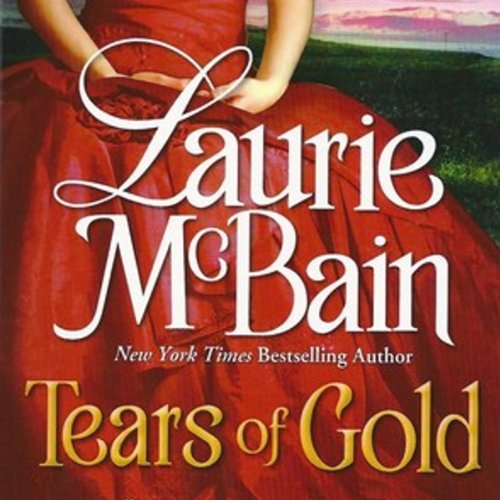 By: Laurie McBain
Narrated by: Marian Hussey
Try for £0.00

New York Times best-selling author and Reviewers' Choice Award winner Laurie McBain has sold more than 11 million copies of her romances around the world with lush, epic storytelling that has made her a favorite among generations of readers.

She has sworn never to love.

To many, she has a perfect life - freedom to travel the world, expensive gifts from wealthy men. But consummate actress though she is, Mara Flynn can never make herself believe the passion is real. One more job. That's all she needs to ensure her family's financial future. And California is just teeming with gold. There, her daring impersonation will fool everyone...except one man.

He has sworn never to forgive.

Mara didn't plan for Nicholas Chantale, though. He has hunted her from the steamy streets of New Orleans all the way to the blinding brilliance of California gold country, only to have his dreams of vengeance crushed when he meets her in the flesh. For though he was sworn to kill her, she was the love he would die for.

What listeners say about Tears of Gold

This is one of the old fashioned epic romances that span several years (4-5?) and continents.

As the book opens, 18-yr-old actress Mara O'Flynn cruelly spurns a young English nobleman who claims to love her and wants to set her up as his mistress. He gives her expensive jewels and clothes (including a locket with her miniature in it) and she laughs in his face. When her maid returns the expensive gifts, she overhears a shot and is under the impression that the young man has killed himself over Mara. Actually he survives, but his uncle, the American Creole Nicholas Chantale, vows revenge on Mara.

Mara, for her part, is horrified by the supposed suicide. You learn over the next 2-years as she travels with her brother, nephew, and maid on a long voyage to California that she is not the cruel person she seemed. The incident changes her greatly and starts her on the journey toward growing up.

Basically, she didn't think men had feelings, at least not for their mistresses. Because of her beauty she was constantly pursued by wealthy, often titled, men who wanted her as a mistress. Just because she was an actress it was assumed she was 'for sale'. Actually, she was a virgin who'd never allowed a man close to her. The thing she most feared was turning into her mother, another beautiful actress who became the mistress of an Irish Lord and eventually died penniless and broken.

The mother was with Mara's father (the Lord) for 15 years before he got tired of her, decided he wanted a younger model and basically threw them out on the streets. Mara and her older brother, Brendan, went from being raised almost like an aristocrat's children (lessons, education, etc) to being paupers. Mara's mother was no longer able to get the roles she used to before becoming kept by Mara's father. She had been out of the scene for too long and there was a new generation of younger actresses who had taken her place. She descended into hard living and was dead within a few years when Mara was only twelve. Luckily, they had a loyal maid who had followed Mara's mother and due to her attachment to the children she'd helped raised, stayed around even after the money was gone.

Needless to say Mara was traumatized. I imagined that every time she pulled her trick of drawing a man in and rejecting him, she felt she was getting back at her father and scoring a point for her dead mother. She'd been warned she was going to get in trouble for it one day, but was too young, naive and over-confident. It took the incident with the hero's nephew and the revenge plot to prove her wrong.

The hero, Nicholas, just so happened to travel to California too, where he planned (like Mara's brother) to search for gold. He had carried the locket with him and thought he recognized Mara, who was masquerading as someone else. She fell in love with Nicholas and gave him her virginity before she realized who he was. Of course, when her true identity was confirmed he declared his vengeance.

They meet again in San Francisco where she happens to befriend his best friend. Nicholas is still attracted to her, but mistrusts her. She is still very much in love with him.

It's an interesting journey as they begin to really know one another, although Mara continues to hold herself back out of fear of repeating the past/becoming her mother.

Lots of interesting adventures and twists which I won't spoil. There are also some very sad moments. But we finally get our HEA, which I found very satisfying.