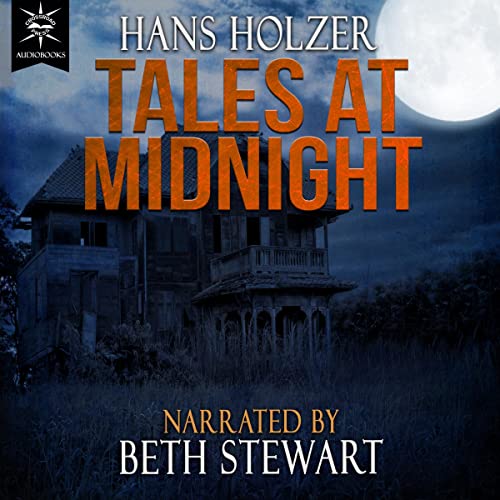 Tales at Midnight: True Stories from Parapsychology Casebooks and Journals

By: Hans Holzer
Narrated by: Beth Stewart
Try for £0.00

Belief in the supernatural haunts the human mind and challenges the laws of nature. Yet mediums throughout the world communicate with spiritual beings, mysterious photographs reveal previously invisible objects, and witnesses describe awesome, unearthly events that defy logical explanation.

To parapsychologists such as Dr. Hans Holzer, these phenomena are far from unusual. According to his studies, when people die due to sudden, inexplicable emotional trauma, they sometimes fail to make the transition from the physical to the spiritual world. As a result, they manifest themselves to the living as ghosts.

In this astounding collection of true ghost stories taken from his casebooks and journals, Dr. Holzer recounts more than a dozen authenticated encounters with spirits of all kinds. Here you will meet Mrs. McBride, the ghost of an elderly woman who refuses to leave her old home—or to let the new tenants live in peace; Captain Carson, the restless sea captain who still searches for his abducted son after more than a century; and an embittered suitor, determined to win in death the woman who rejected him in life.

From the anguished maiden and the stubborn poltergeist to the attic apparition and the vengeful phantom, Tales at Midnight leads you into the intriguing world of macabre and memorable specters, expertly described by one of the world’s renowned investigators.

What listeners say about Tales at Midnight: True Stories from Parapsychology Casebooks and Journals