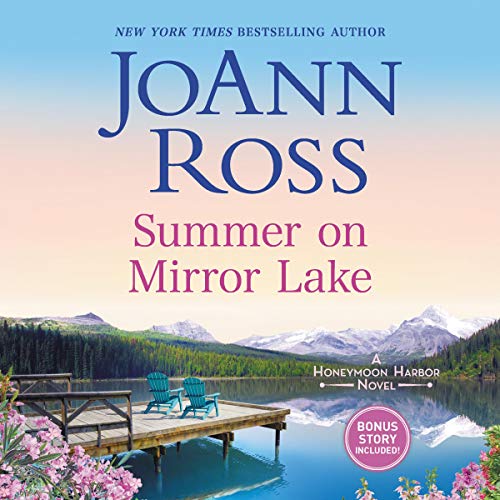 By: JoAnn Ross
Narrated by: Ashley Klanac
Try for £0.00

Summertime is the best time to lose yourself in the romance of Honeymoon Harbor....

When he lands in the emergency room after collapsing at the funeral of a colleague and friend, Wall Street hotshot Gabriel Mannion initially rejects the diagnosis of an anxiety attack. But when warned that if he doesn’t change his adrenaline-fueled, workaholic lifestyle he could end up like his friend, Gabe reluctantly returns to his hometown of Honeymoon Harbor to regroup.

As he adjusts to the sight of mountains instead of skyscrapers, Gabe discovers advantages to this small Pacific Northwest town he once couldn’t wait to escape. But it’s irresistible librarian Chelsea Prescott who, along with the two foster children she’s taken under her wing, makes slowing down seem like the best prescription ever.

Over the course of their summer romance, Gabe gets a taste of the life he might have had if he’d taken a different path. But with his return to New York City looming on the horizon, he’ll have to choose between the success he’s worked tirelessly for and a ready-made family who offers a very different, richly rewarding future...if he’ll only take the risk.

What listeners say about Summer on Mirror Lake

Love this book and series

I have really enjoyed getting to know JoAnn Ross through this series and through another series she has that isn't on Audible at this time. I love Robynn Carr (Virgin River series, etc) and Emily March (Angel's Rest series) and if those types of books float your boat then this one will too. If you are looking for suspense this is not your book. This is a romantic, funny, fun, interesting, though provoking story about two people that haven't found love yet and find it with one another in a small town. The romance aspect was great... Chelsea and the row-boat was the sweetest idea ever. I absolutely love the female lead in this story and her love for books, being a librarian, and I really enjoyed listening to the dialogue about famous libraries, authors and books. The male lead was a hardworking and successful male and I personally enjoyed that. I don't like books where the hero is struggling with money, his job, etc, trying to figure out how to take care of the heroine. The development of the characters was natural and their relationships developed naturally. Joann, I waited and waited for this book to come out. I went through a little depression when it was over. Thanks again for the great read and please don't stop writing.