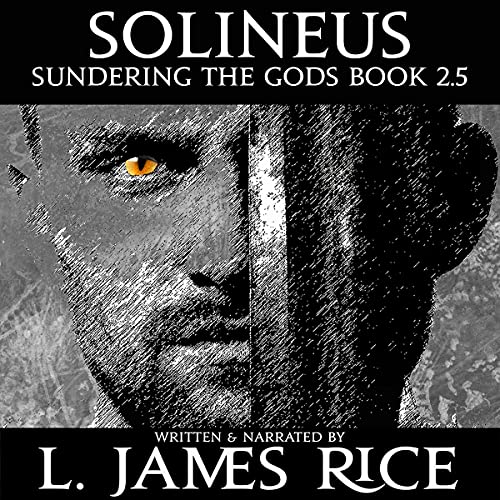 Solineus rises from the drowning waters a second time, saved by the hand of a new friend: Morik of the Eight Kingdoms. Driven from his homeland by the demonic Shadows of Man, Solineus helped lead his people to a new frontier and the hope for peace, but this victory is one he won't be able to enjoy: A new life with his adopted daughters will have to wait.

The Lady from the Blue won't tell him who he used to be, but promises to show him who he is, and who he will become, if he will bend to her will one more time.

Solineus' pilgrimage will take him along the Holy Foundations of the Dragonspan Mountains, to the heights of mighty peaks, and to the depths of the deepest caves, as he sets the stones in the road to peace with the Kingdomers. His is a journey of dangers and discoveries, but only when he reaches the Gulf of Volgrâhar will he find his final destination and come face to face with himself.

What listeners say about Solineus