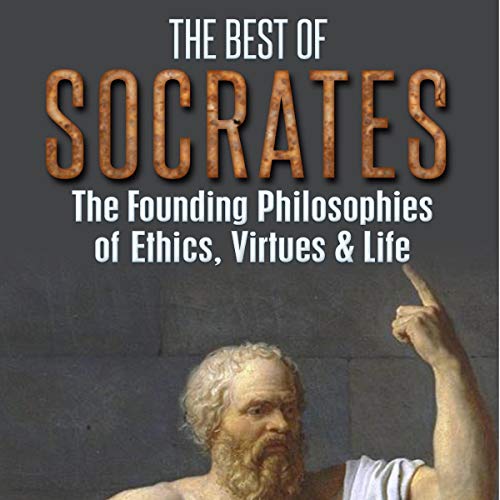 By: William Hackett
Narrated by: Jared Koncsol
Try for £0.00

You've come to the right place to learn about life and philosophy. Socrates is perhaps the most celebrated of all ancient philosophers. Credited as a founder father of Western philosophy, he is well known for his dialogues with his students and for thinking in terms of ethics and morals. He was also the mentor of other famous Greek philosophers, such as Plato and Xenophon. Socrates was an honest thinker that wanted his students to think of the answers themselves, instead of having the teacher provide the solution. He was also a strong advocate of justice. He took his last stand by accepting Athenian law of being sentenced to death, instead of fleeing for his life. Socrates is truly a remarkable human being worth examining.

In this book, we will discover who Socrates was, what he stood for, and the lessons the taught us throughout his life time. His concepts of virtues will be discussed in full detail, and his best theories will be explained once and for all.

What listeners say about Socrates