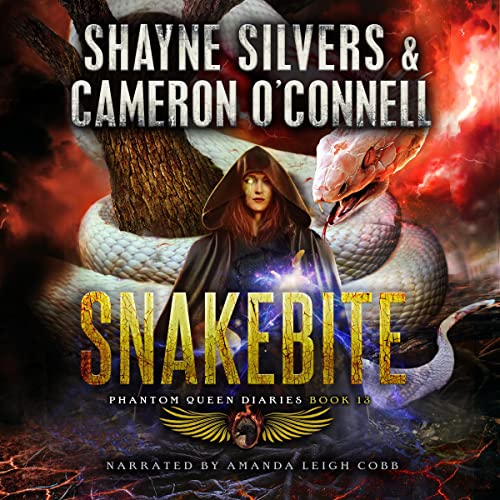 "They say time heals all wounds. They lied."

After recovering her memories at great personal cost, Quinn MacKenna finds herself reliving those moments she thought lost forever. What she could not know, however, was that doing so would not only expose the brutal truths behind her very existence but entangle her in the lives of so many others—a list that includes notorious figures with surnames like Temple, Solomon, and Ambrosius.

Forced to leap through time and space with a mysterious companion in tow and a truly terrifying spell on her heels, Quinn has no choice but to play the part she was always meant to play—even if that means lying to her closest friends, trading away her every advantage, and sacrificing everything she holds dear. In doing so, however, Quinn will encounter unprecedented, mind-blowing revelations the likes of which no one could have possibly foreseen.

Well, almost no one.

Suffice it to say, if you've come looking for answers to some of the Templeverse's most compelling questions and insight into some of its most intriguing characters, look no further than the newest installment of the Phantom Queen Diaries.

If you like Jim Butcher, Kevin Hearne, Steve McHugh, Michael Anderle, Ilona Andrews, Patricia Briggs, Shannon Mayer, or K.F. Breene, you won't be able to put down the highly addictive Phantom Queen Diaries or anything else in the Temple Verse.

What listeners say about Snakebite

Love it. Love the entire templeverse. So after finishing the most recent Nate temple book I had to go back and refresh my knowledge on everything Quinn. So I restarted that sect of the universe. After having done some research to make sure I hit them all in the correct order (something audible really needs to make easier) I finished the last book in this series book 11 and poof book 13 showed up at that exact moment! Yay. (another odd thing book 11 to 13 before you bother searching endlessly for number 12. There is no 12 that I could find at least) Sorry back to the review this is THE book. Really makes big steps to tie everything together. All the origin stories combined. I was starting to think about 40+ books in is there actually going to be a big omega War or is it all build up? I think we are finally getting there. The big war we have been leading up to through Whiskey Ginger, Nate Temple and the White Rose are finally coming together. Thanks Shayne, Thanks Cameron, Thank you Amanda. You all put together a fantastic audiobook here. I would love a layout that shows which books from which series and the correct order they fit together in. Personally I did Nate temple first. Then Excalibur Penrose. Then I found this series. But I can’t help but feel like there is a specific order mix and matching to get the most from it. Keep up the great work. Sorry for droning on and on. Can’t wait to see what’s next.

Do not waste your time

This book is mind-numbing boring. Keep in mind I love most of Shayne Silvers book series. However this book is a complete waste of time. The entire book just goes over all the stories we have heard about a hundred times in the other book series. You know Kali’s sob story and Nat’s parents. Seriously, this book reminds me of the one amine episode that does nothing but goes over what we have already seen. The situation is beyond frustrating. This book does not push the story at all. I would say do not waste your time on this book. Just wait for the 15th one to come out.

My mind is officially blown!! Out loud I yelled “NO” when it was over. My mouth was wide open the whole time. That answered so many questions. Probably one of the best out of the millions of your books I’ve listened to.

This book helped put a lot of pieces together with all of the background to the Nate Temple series.

Phenomenal !! These books are pure entertainment.
I really enjoy how Shayne Silvers and Cameron O’Connell twisted your minds together and made everything fit into place like a puzzle!
Excited for what’s to come .