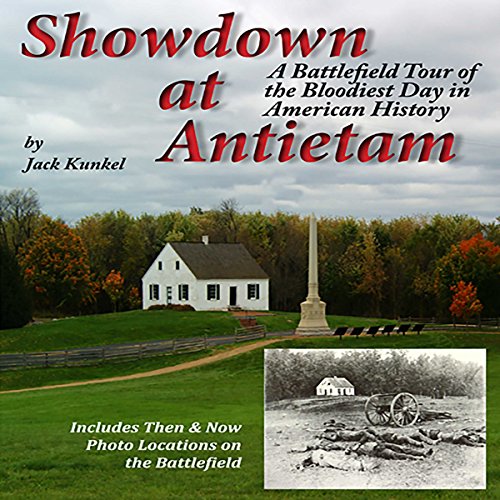 The Antietam is a large creek that runs about a mile east and south of the small hamlet of Sharpsburg, Maryland. Despite its attractive name, Antietam was a man-made disaster, its name signifying horror to the participants and to generations of their families. Some 6,400 Americans were killed or mortally wounded on that day, which is more than those killed in the War of 1812, the Mexican-American War, the Spanish-American War and all the Indian wars, combined. At a time when the American population was a fraction of what it is today, the deaths at Antietam were more than twice the number killed at the World Trade Center, and four times the number killed on D-Day.

Then of course there were the wounded and maimed. About 15,000 of them. Many would later die of their wounds, not counted as killed on the field. And an exceptional percentage of these wounded would go under the knife of the surgeons, aptly named “saw-bones”, on the kitchen table of a local farmer’s house, and then laid in some filthy straw in a dank barn, to either live or die. For those that lived, usually teenagers, they could look forward to spending the remainder of their lives hobbling around on a crude wooden crutch, or minus an arm or two, no longer capable of doing a man’s work of that time. And particularly for the Southerners, don’t count too much on any government assistance after the war.

While this battlefield tour must by necessity focus on the “big picture” - the generals, the map arrows, the movements of divisions, brigades and regiments, etc. - I do from time to time try to include insights from the privates and corporals in the maelstrom, so that we don’t forget that on the ground, down at the regiment, company and individual level, Antietam was not just lines on a map; it was a brutal fight between flesh and blood men who believed so completely in their cause that they were quite willing to kill or be killed.

What listeners say about Showdown at Antietam