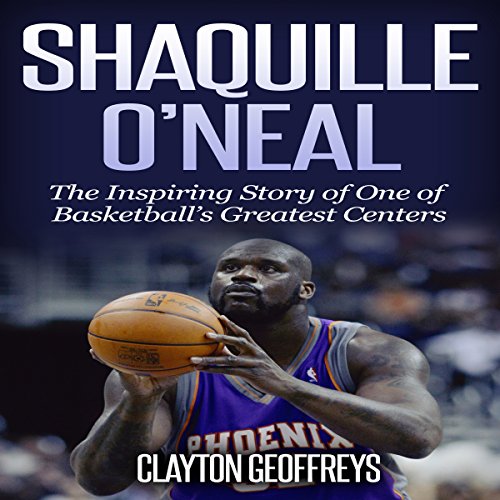 Shaquille O'Neal: The Inspiring Story of One of Basketball's Greatest Centers

By: Clayton Geoffreys
Narrated by: Glynn Amburgey
Try for £0.00

In Shaquille O'Neal: The Inspiring Story of One of Basketball's Greatest Centers, you will learn the inspirational story of one of basketball's greatest centers, Shaquille O'Neal. Often nicknamed "Shaq" or "The Diesel", O'Neal left an indelible mark on the center position. His incredible power and athleticism made him a practically unstoppable presence on both the offensive and defensive ends of the basketball court. It's no surprise O'Neal concluded his career a four-time NBA Champion. He was such a unique generational talent who could immediately change the course of a game.

In this book, we'll learn more about Shaq's journey into the NBA, his impact on the game, and his legacy as one of the best to ever play at the center position.

Here is a preview of what is inside this book:

What listeners say about Shaquille O'Neal: The Inspiring Story of One of Basketball's Greatest Centers