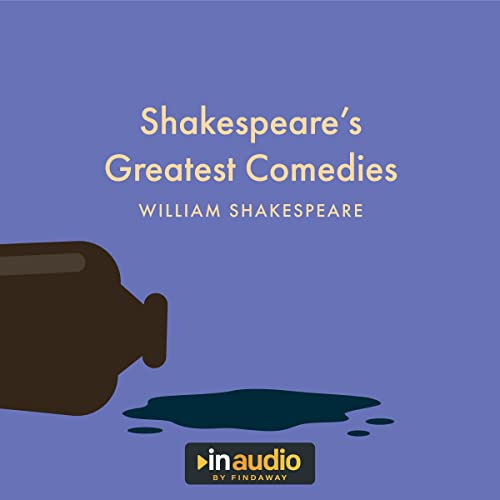 By: William Shakespeare
Narrated by: Rafe Beckley
Try for £0.00

Laughter, happiness, romance, and just a bit of deception and intrigue - these are what make up Shakespeare’s most beloved comedies. Though Shakespeare is probably most well-known for the dramatic tragedies that have defined the genre for centuries, his comedies are just as well beloved and performed in theaters across the globe.

Shakespearean comedies are defined by their humorous writing, their satire, the often-tangled romances, disguises and deceptions, and a thoughtful “fool” who is often the bearer of the smartest lines in the plays. Most of the time, there is also at least one (or two, or three, or four) weddings that tie the entire plot together in a neat package just in the nick of time. These conventions are iconic in the genre and are what gave Shakespeare’s comedies their place in the literary canon.

This collection of the best of Shakespeare’s comedies includes: