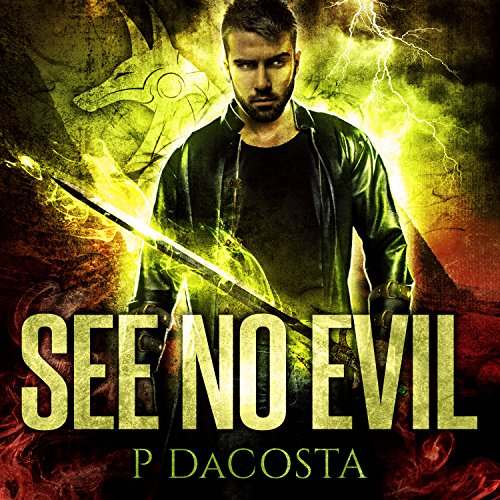 By: Pippa DaCosta
Narrated by: Paul Woodson
Try for £0.00

Word is out, the soul eater has gone rogue, and not even the might of Osiris can stop him. Or so everyone believes. That would suit Ace just fine, but after he narrowly escapes an assassination attempt, he knows it's just a matter of time before those around him end up in the crosshairs of the gods. After 500 years on earth, it's time for Ace to go home. Little does he know, the underworld is hungry for revenge, and what awaits him in the Halls of Judgment could be far worse than any fate on Earth.

What listeners say about See No Evil

The story is 4 hours too short to quench my need for Ace action. Ace ties to remove himself from the stress and enjoy vacation. Can you call hiding out a vacation? Ace is thrust into a situation where he ends up at home in the underworld. Home is where many of the denizens believe he killed his mother and fear him as the soul eater. Welcome home Ace. Being home amplifies everything about Ace’s magic. He is a monster of the underworld, the nameless one, the god killer.

Anubis has a reward out on his head and everyone wants the prize. Could you blame them? To receive a favor from the gods. The underworld pulls the creatures from hell to take Ace down. He and Cat are in a fight for their lives with no help from Osiris. The only way back to earth is through the12 gates of hell. To get through them, a person must have a clear soul. We know Ace does not but what about Cat. What has happened to Bastet? Cat still wants that answer.

Then there is the ticking clock from Osiris’s curse on Ace and Shu. Their souls are bound and if he dies her soul is dumped in hell.

Going home changed him, gave him new abilities. Ace is done hiding and the gods know where he is.

Bring on the fight.

See No Evil
(Soul Eater #3)
by Pippa DaCosta
Ace and Cat have a trip that goes a bit sideways, like to hell! Trapped in his homeland but can't get back to New York. A monster is hunting them and so is a vengeful god. Good story! Kept me entertained!
Great narration!

Seeing hell was pretty interesting, and I liked Cat.

Really enjoyed all the scenes set in the underworld.

I liked the voice he gave to the main character.

Did See No Evil inspire you to do anything?

Enjoying the series but the quality isn't that much better than book 2. Not sure if I'd continue on with book 4 unless I got it at a great deal.

Not as good as the first two. I must admit I became a bit lost.