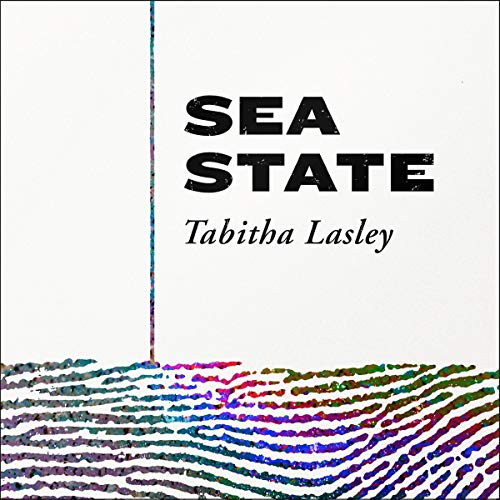 By: Tabitha Lasley
Narrated by: Laoise Sweeney
Try for £0.00

Shortlisted for the Gordon Burn Prize.

Shortlisted for the Portico Prize

A candid examination of the life of North Sea oil riggers, and an explosive portrayal of masculinity, loneliness and female desire.

In her mid-30s and sprung out of a terrible relationship, Tabitha quit her job at a women’s magazine, left London and put her savings into a six-month lease on a flat in a dodgy neighbourhood in Aberdeen—she was going to make good on a long-deferred idea for a book about oil rigs and the men who work on them. Why oil rigs? 'I wanted to see what men were like, with no women around.'

Sea State is, on the one hand, a portrait of an overlooked industry, and a fascinating subculture in its own right: ‘offshore’ is a way of life for generations of British workers, primarily working-class men. Offshore is also a potent metaphor for a lot of things we might rather keep at bay—class, masculinity, the North-South divide, the transactional nature of desire, the terrible slipperiness of the ladder that could lead us towards (or away from) real security, just out of reach.‎

And Sea State is, too, the story of a journalist whose distance from her subject becomes perilously thin. In Aberdeen, when she’s not researching the book, Tabitha takes pills and dances with a forgotten kind of abandon—reliving her Merseyside youth, when the music was good and the boys were bad. Twenty years on, there is Caden: a married rig worker who spends three weeks on and three weeks off. Alone and increasingly precarious, she dives in deep. The relationship, reckless and explosive, lays them both bare.‎

"These are powerful and moving stories of working lives in a dangerous and all-male environment, made all the more powerful by the way Lasley refuses to absent herself from the telling. The writing is carefully and unobtrusively polished, with hard edges and unflinching clarity, and a memorable turn of phrase. Sea State marks the arrival of a gifted and exciting new voice." (Jon McGregor, author of Reservoir 13)

"It’s extraordinary. It takes you places so few books do...it gets inside the heads that are mostly ignored by publishing." (Observer)

"A startlingly original study of love, masculinity and the cost of a profession that few outside of it can truly understand." (Guardian)

What listeners say about Sea State

I’d been meaning to get the hardback when it came out based on reviews, this audio was the alternative I chose

I've read other people's reviews on this, and as with everything, they are the views of other folk. My Two-Penneth worth is that this is a sentimental journal written by the author escaping her usual work/life place and adventuring into the little spoken about world of workers in the oil industry.
This isn't the usual type of story that I'd normally be interested in, yet I was hooked within the first half hour. I enjoyed the perspective of this story and the real-life tales it tells. The narration is fantastic and credit to the voice behind it. A re-listenable future classic.

I enjoyed this overall. Lasley recounts a period she lived in Aberdeen with fairly unsparing detail. She is brave and anxious, attracted to risk and often quite conservative in her views. She goes exploring the novel and the different, comes across with a very human mix of strident and coy. The narrator's delivery sometimes felt a bit tart, but ultimately appropriate and fitting. Lasley often came across a bit petty, childishly judgemental but this stops being grating as her candour and self-criticism balance it well. Part of me (a woman in my forties) felt the narrative a bit too young for me, but it is also a worthwhile insight into someone slightly younger than me. Not super up-beat if you are looking for something rousing, but some raunchy detail, interesting attempts to capture the cultural moment of her youth and ultimately hopeful.

Too much drilling not much filling!

Can"t help but feel the writer would have got more of a story by going undercover...lots of info about male behaviour when in isolation and plenty of playing away but not really much on working life on a rig

An astonishing work by a dazzling writer. the most alpha male of our 5 male member book club picked it out after reading a guardian interview with the author. we're discussing tomorrow night, the eve of father's day. this will be the perfect soundboard to ruminate on manhood in the modern world. every sentence is sculpted to form the guiding principle shared by the author. Men are like the rocks waves buttress and break away every so often. Solid, yet only recognisable by their cumulative breakdowns and disappointments.

The girl does not tread lightly. But there is a real charm to this unique and spirited book. Interesting observations about class, attraction and the interactions of men and women away from romance. This book feels untouched by soft love. It deals in undercurrents of lust, power and hard reality. It’s easy to listen to, exciting to follow and very funny at times.
The performance was very good, would highly recommend.