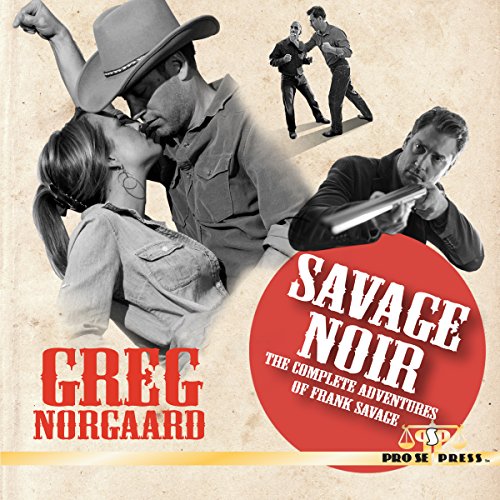 By: Greg Norgaard
Narrated by: Paul Curtis
Try for £0.00

There is only one way to deal with murderous souls when killing is their modus operandi and revenge is on their minds. When the West was wild, one man knew this better than any other. His name was Frank Savage.

A Savage Retribution and A Savage Darkness are Savage's novel-length adventures. An American Savage is a newly written tale bringing a six-gun-blazing finale to a character destined to take his place as one of the best modern pulp characters ever.

What listeners say about Savage Noir