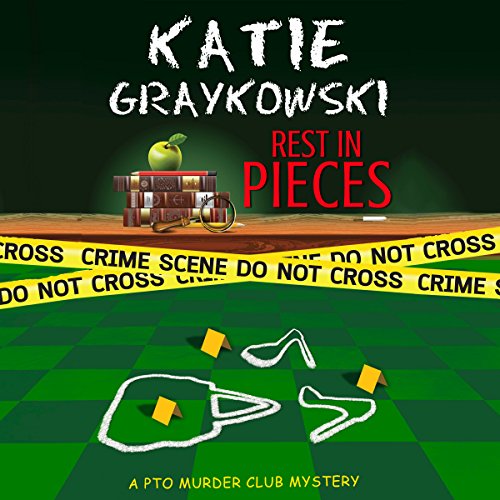 By: Katie Graykowski
Narrated by: Pam Dougherty
Try for £0.00

Mustang Ridges isn't a town, a stripper, or some old western movie. She's a feisty, single mom living in the small town of Lakeside, Texas, where money does buy happiness, and keeping up appearances is much more important than the truth. Six months ago on her 30th birthday, her husband decided that married life, fatherhood, and his job as the Lakeside chief of police weren't as exciting as a permanent vacation to Grand Cayman with his mistress and a million dollars in diamonds he stole from the police evidence lockup.

Mustang is a pariah in a Lakeside full of piranha. But she refuses to leave - this is her home, and she figures that if she can't join them, then she'll beat them at their own game. With a little luck, some intimidation, and the help of her good friends, Monica and Haley, Mustang presides over her own little slice of Lakeside, the Bee Creek Elementary Parent Teacher Organization.

All is quiet in Lakeside until Molly Miars, the kindergarten teacher, is found dead. According to the new police chief, she overdosed on heroin. That doesn't explain why her head was the only body part to make it to her funeral. Mustang and her fellow PTOers don't buy the heroin overdose for a second.

Vowing to do right by Molly, the PTO decides to investigate.

Quickly they find that Lakeside isn't the quiet, sleepy town it appears to be. There is a dark side - money laundering and drug trafficking. When Mustang's name turns up on a contract killer's hit list, things go from bad to worse. Can she and the PTO stay alive long enough to find out who killed Molly Miars?

What listeners say about Rest in Pieces

I really enjoyed this audiobook- the characters are interesting and likeable, the plot has plenty to keep you guessing, and the narration is flawless. I haven’t read/listened to any other books by this author, but I certainly intend to.

If you could sum up Rest in Pieces in three words, what would they be?

This audiobook made me laugh...really laugh out loud. I have to share it with some friends. Really enjoyed listening to this audiobook.

I love reading / listening to Katie Graykowski's audio-books! She writes with so much humor and quirkiness, yet they are murder mysteries too!

This book is her best yet in my opinion. I laughed thru many parts. I just love the way the main character (Mustang) thinks. A friend of Mustang's turns up dead of a heroin overdose. It just doesn't make sense, so Mustang and her friends take it upon themselves to investigate the death. The laughs start from the very first chapter too! I want a Devon of my own!

The author, Katie Graykowski does a fabulous job as always in her writing. The lady has a wonderful sense of humor and shows it in every book she writes. The author is quick witted and always pleasant to read / hear. The narrator, Pam Dougherty does a great job in her delivery of this story too. I love her southern accent and the multiple voices she uses. I just loved the voice used for Devon! Kudos for Katie Graykowski using the same narrator for all her books. It is comforting to get to know a voice and hearing it from book to book. It makes a series so much more believable! Wonderful job ladies!

This is a great book; this is the first book in the PTO Murder Club Mystery series by Katie Graykowski and narrated by Pam Dougherty. Mustang Ridges is a single mom living in the small town of Lakeside, Texas. Mustang’s husband decided that the married life, fatherhood, and is job as the chief of police wasn’t as good as a permanent vacation to Grand Cayman with his mistress and a million dollars in diamonds he stole from the police evidence lockup. When a kindergarten teacher, Molly Miars is found dead, and her head was the only body part to make it to her funeral, Mustang and her friends put their sleuthing skills to the test to find out what really happens.

The narrator Pam Dougherty, did a wonderful job, and was very easy to listen too. Pam is one of my favorite narrators, every book that I have listened to by her I have enjoyed and this one was no different than the others. She did every characters voice different and was easy to tell which character was speaking.

If you are looking for a great mystery then you need to read this book. I can’t wait to read the next book in this series. Once I started listening to this book, I didn’t want to stop until the end.

A Review copy was provided to me in exchange for a fair and honest review. The free book held no determination on my personal review.

I totally would..this was a great listen, funny and kept my interested from beginning to end!!

What was one of the most memorable moments of Rest in Pieces?

The running over of the safety deposit boxes!! lol

Have you listened to any of Pam Dougherty’s other performances before? How does this one compare?

I always like Pam's performances...she is super fun to listen too!!

I LAUGHED THE WHOLE WAY THROUGH!!!

This was laugh out loud funny, and completely entertaining from chapter 1!

Mustang, Hailey and Monica are all very good friends, and when their friend Molly dies all of a sudden, they find it very suspicious...and have to find out what really happened. As they investigate things just don't add up right, and they find out that the sleepy little town they live in is much more than meets the eye!!

SUPER LOVED IT AND THE NARRATION WAS GREAT, I RECOMMEND 100%!!!!

One of the best and funniest Cozies

Sometimes we just need a good laugh and what's better than a good humorous cozy mystery? Now a good cozy needs a few must-haves: an outrageously far fetched, even farcical plot, several hilarious situations, a cast of crazy and (mostly) likeable characters and a very talented author to fix the mix. On rare occasions, when the stars are aligned and, well, all that fortuitous or even well planned stuff combine, that's when Cozy Magic happens, and it has certainly happened here!

I just loved this book, it didn't grab me right away, it crept up on me and the next thing I knew, just like in the old romance novels, I was exclaiming aloud! My kitchen resounded with "what did she just say" and "she's crazy!" I really did rewind a couple of times to make sure I'd heard right, and yes, I did laugh aloud. Unusual for me, I'm more of the silent smile sort, and then only at a push.

The publishers summary is pretty comprehensive and I don't want to add any spoilers, suffice to say, if you want a break from life and reality and need a good laugh, the adventures of the PTO Murder Club will fix you right up and once you listen to the first book you will be sure to want more

Narrated by Pam Dougherty a well known actress ( or should that be actor?) who has now added Audiobook Narrator to her resume. This is the first of her narrations that I've listened to and my goodness what a bonzer job she does! Not familiar with Australian? Bonzer means first rate, spot on, excellent, bang up, proper job - you get the drift, she was fantastic. Pam has a natural feel for comedic nuance and timing, she makes every word the author has written count and she just doesn't miss a beat. All the characters are distinct from each other and easily identifiable, I particularly enjoyed the manicurist, so funny. Gender changes are often problematic, but Pam nailed those too. Excellent job, I'll be sure to listen to more of her work.

Audiobook provided by author, publisher or narrator in return for an honest review.

Would you consider the audio edition of Rest in Pieces to be better than the print version?

No, the narrator sounded like a 60 year old grandmother, not a 30-40 year old mother of an elementary school kid.

Would you be willing to try another one of Pam Dougherty’s performances?

I'm not sure, it depends on the book.

I REALLY did not like the narrator. Her voice sounded way too old for the character and it was distracting from the story.

What made the experience of listening to Rest in Pieces the most enjoyable?

Ms. Dougherty! She is awesome with this type of story. She brings the story to life. I love her work.

Rest in Pieces is a great little mystery book. I enjoyed both the story and the narration. Ms. Graykowski has created a trio of friends that anyone would love to have. Ms. Dougherty has a knack for this genre. She brings all of the homeyness needed for the story but at the same time, you will laugh your butt off too. I highly recommend this to my friends.

A little research shows that Ms. Graykowski also wrote "The Marilyns" series. I highly recommend those books too!

Witty w/ Wacky Characters and What the heck? Fun!

Katie Graykowski will make you laugh with her portrayal of main character Mustang. This mystery is full of twist and turns. The backdrop of a number of wackadoodle small town characters, and a society full of "special rules" set it apart from your everyday mystery.

Think Greater Tuna / Tuna Christmas with a murder and 3 gutsy dames on the case.

Mustang reminded me of Elle Woods from Legally Blonde (minus the bankroll and plus a bad marital breakup). Her fierce determination and the way she rallies her resources to solve this mystery are perfect.

Pam Dougherty's performance of the myriad of characters, each with a strong character of their own was terrific. Her delivery of everything from dry wit to LOL humor was spot on.

This is my first time with the author, but it won't be my last! Great narrator and story line.

such a fun listen! I really enjoyed the character and their antics while solving the murder!