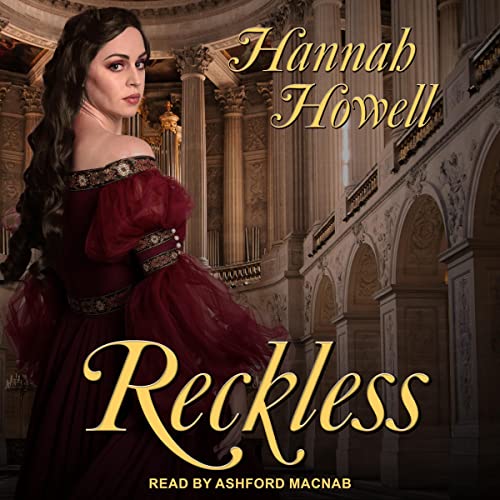 By: Hannah Howell
Narrated by: Ashford MacNab
Try for £0.00

Heir to the clan MacFarlane, Ailis was a prize to be bartered by her calculating father, and her wedding to a man she despised seemed inevitable - until she is abducted by her clan's worst enemy, Alexander MaDubh, a brutally handsome laird with ice in his eyes and hot blood in his veins.

Alexander had come riding into Leargan to claim the three children born of a forbidden love between his brother and lovely Ailis' sister. Now, with Ailis herself as his pawn, he can strike at the enemy whose treachery robbed his clan of so much. Her beauty and her fierce temper stir his blood, and vengeance has never been so sinfully sweet. But will a passion they cannot deny be enough to ease the pain and torment of the past?

What listeners say about Reckless