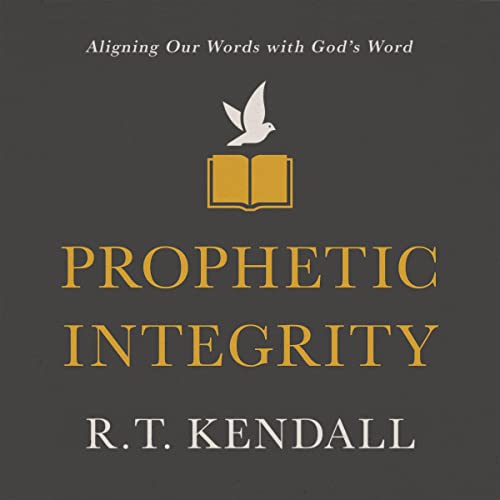 What happens when prophets are wrong?

In 2020, many Christians claiming to be prophets said that God told them that Donald Trump would be reelected as president, which did not happen. What happens when prophets get it wrong? Are there consequences for misleading God's people?

In recent years, gross misjudgments among Charismatic Christians claiming to speak for God and moral failures within Evangelicalism have resulted in a crisis of belief. In Prophetic Integrity, best-selling author and speaker, R.T. Kendall gives a warning to those speaking in God's name and offers a way forward in trusting God despite the failures of the church.

Prophetic Integrity is a book for those who believe that God still speaks today but have serious questions about those within the church that identify as prophets.

What listeners say about Prophetic Integrity

A much needed wake up call

Thé arguments put forward by RT Kendall are underpinned by a solid knowledge of scriptures on the one hand and of the attributes of God on the other hand. It exposes Prosperity Gospel as a con.

This book very much lines up with how I see God moving. We were saved in Charismatic church that was fairly well balanced with the focus on the Word and the Spirit. We moved a few years later only to find Charismatic churches that were not balanced well with the Word. Now we are in a very nice Baptist church and the preaching of the Word in amazing, but hardly anyone steps out in real faith filled prayers for one another. I believe that RT Kendall is right about the next coming revival! Praise God!