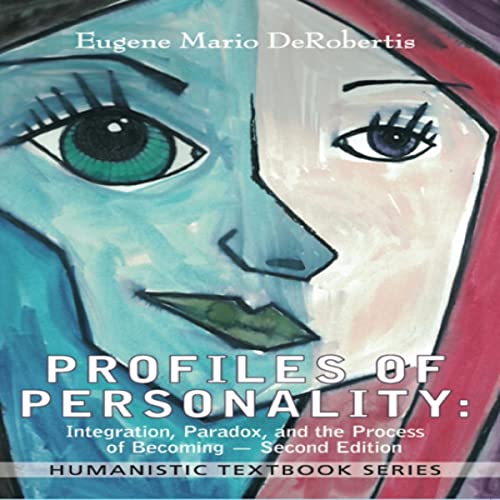 Profiles of Personality: Integration, Paradox, and the Process of Becoming - Second Edition

Profiles of Personality offers a refreshingly different approach to learning personality. Designed to serve as a primary or supplementary book for courses on personality theory, Profiles of Personality gently guides the listener to go beyond learning about the theories of personality to encouraging critical thought about them. Drawing on many years of teaching experience, DeRobertis writes in an accessible, engaging manner that keeps the listener engaged. The second edition of this book has been expanded and updated with new content.

Personality textbooks come in two forms, each with their own style of organizing content. They will either be organized in terms of historical affiliation (e.g., Freud and those theories that are historically affiliated with Freud, etc.) or they will offer a series of disparate research foci. Both approaches make it difficult for students to attain a coherent, synoptic grasp of the subject matter. Profiles of Personality offers an alternative. It presents personality theories on the basis of a meta-narrative that guides the student through an unfolding story of personality and personal becoming. The meta-narrative of the text reflects the whole person emphasis that gave rise to the study of personality in the first place. As Walter Mischel once noted, the study of personality was intended to become the meta-discipline for integrating the findings and general principles of psychology as a whole as they speak to the person as a whole.

In contrast to the most contemporary texts take a more restrictive approach, the current text returns to the macro-integrative orientation of those early 20th century personality theorists who helped to bring about the emerging humanistic revolution in psychology. The macro-integrative orientation has always been guided by the deeply held belief that the personality psychologist should not conflate objectivity with the objectification of the person or the personality. The aim of the approach is to be theoretically open, inclusive, and capable of speaking to the fullness of human existence, its drama, far beyond the aims of adaptation to given biosocial conditions. Macro-integrative investigations target the full range of human experience, from highly conflicted forms of pathology to highly self-transcendent forms of personal fulfillment.

Beginning with the contributions of the micro-integrative tradition, Profiles of Personality moves progressively deeper into the world of macro-integrative theorizing, increasingly exposing the role of paradox in the differential-integrative process of personality formation. Highlights of this new edition include brief discussions of gerotranscendence, gender, and education, additions to the analysis of narrative, and an expanded section on multiculturalism and the ecopsychological culture of place.

What listeners say about Profiles of Personality: Integration, Paradox, and the Process of Becoming - Second Edition