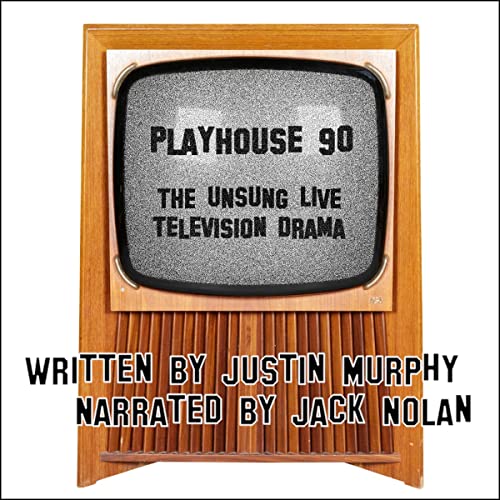 By: Justin Murphy
Narrated by: Jack Nolan
Try for £0.00

Long before Rod Serling created The Twilight Zone and hid social messages within the context of science fiction and fantasy, Playhouse 90 was among the last of the live television anthology dramas to explore them as straight dramas, taking stories where its predecessors, such as Kraft Television Theater, Goodyear Television Playhouse, and Studio One, to their ultimate point where such shows would never go.

Many of these became iconic feature films, but these live broadcasts have been forgotten. This audiobook shall shed light on Playhouse 90, the best of these quality shows, and put into perspective the influence it had on The Twilight Zone and others.

What listeners say about Playhouse 90