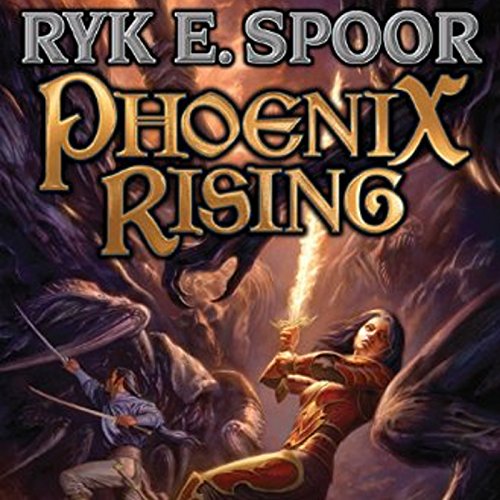 A new breakout fantasy epic filled with strong world building, engaging characters, and wondrous adventure. Kyri: a highborn young woman whose life is shattered by the murder of her kin. But even as Kyri flees her beloved land Evanwyl, she knows that she is her family's only hope for justice, and Evanwyl's only chance to escape a growing shadow of corruption and destruction. Now Kyri must venture across Zarathan, a world on the brink of a long foretold Chaos War. It is a struggle that may usher in a long age of darkness - that is, if Kyri and her companions do not succeed in holding back the tide of evil that is rising. Those companions include valiant swordsman Tobimar Silverun, Prince of Skysand, exiled on the turn of a card and a prophecy, who is now seeking his people's lost homeland; and Poplock Duckweed, an unlikely hero whose diminutive size is as much a weapon as it is a weakness. Kyri's quest is as simple as it is profound: find a legendary ancient weaponsmith, take up the sword and armor of a new order of warrior defenders, and bring the power of justice and vengeance to the evil and corruption that has darkened her native land.

What listeners say about Phoenix Rising

This book is bizarre.

I didn't really know what to expect with this book. The author mixed up superheros, a couple of quests, and then added Parallel Universes and ended up with this story. I liked it, even though it's so bizarre, or maybe because it is bizarre. I think the target audience for this book is teen boys, but I enjoyed it, and I'm far from being a teen.The narrator takes some time getting use to, because she talks fast. I really liked some of the character voices. especially the Toad.