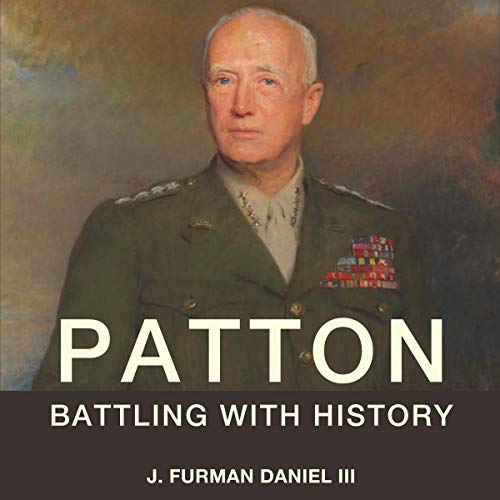 General George S. Patton Jr. is one of the most successful yet misunderstood figures in American military history. Despite the many books and articles written about him, none considers in depth how his love of history shaped the course of his life. In this thematic biography, Furman Daniel traces Patton’s obsession with history and argues that it informed and contributed to many of his successes, both on and off the battlefield.

Patton deliberately cultivated the image of himself as a warrior from ages past; the more interesting truth is that he was an exceptionally dedicated student of history. He was a hard worker and voracious reader who gave a great deal of thought to how military history might inform his endeavors. Most scholars have overlooked this element of Patton’s character, which Daniel argues is essential to understanding the man’s genius.

What listeners say about Patton: Battling with History

Patton, one of my heros?

No, but an interesting guy , nevertheless. Particularly, if you’re interested in Military history, WWII and great personages in general.

The author, who is a historian, attempts to separate the man from the hype and does a reasonable job.

His main premise is that Patton’s genius lies in his deep and extensive reading of history and the application that knowledge to solving problems of tactics and strategy in warfare.

An good read, even if already know something about the subject.

Great historical read. Very honest description of a complex man. His genius, intelligence, and military accomplishments are remarkable. However, his personal flaws sometimes hurt his legacy. Truly an American hero who came along at the right time in history.