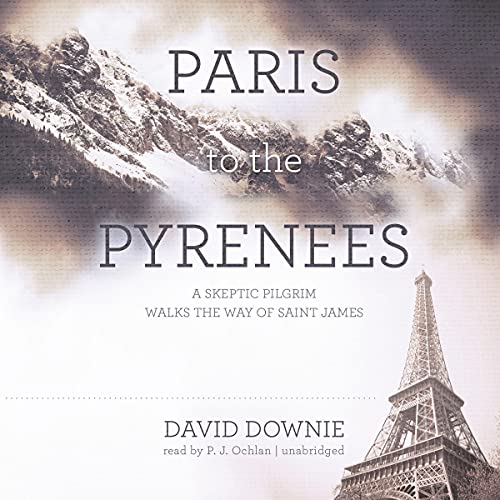 Paris to the Pyrenees

Driven by curiosity, wanderlust, and health crises, David Downie and his wife set out from Paris to walk across France to the Pyrenees. Starting on the Rue Saint-Jacques then trekking 750 miles south to Roncesvalles, Spain, their eccentric route takes 72 days on Roman roads and pilgrimage paths - a 1,100-year-old network of trails leading to the sanctuary of Saint James the Greater. It is best known as El Camino de Santiago de Compostela - "The Way" for short. The object of any pilgrimage is an inward journey manifested in a long, reflective walk. For Downie, the inward journey met the outer one: a combination of self-discovery and physical regeneration. More than 200,000 pilgrims take the highly commercialized Spanish route annually, but few cross France. Downie had a goal: to go from Paris to the Pyrenees on age-old trails, making the pilgrimage in his own maverick way.

What listeners say about Paris to the Pyrenees

Would you try another book written by David Downie or narrated by P. J. Ochlan?

This is not a book about a walk from Paris to the Pyrenees. This is a book about walking in Burgundy, being sure to avoid Taizé. Really disappointed with this book

Would you ever listen to anything by David Downie again?

What didn’t you like about P. J. Ochlan’s performance?

the material wasn't great to work with

Really interesting. A very different perspective the usual for these sort of stories. Great to get the non-religious side.

and a fuller explanation of why the second part of the walk isn't fully covered.

Keep Walking,,,There's nothing to hear here...

Content: Well researched and knowledgeable on French history and politics, but this material overwhelms much of the other reasons that people might want to read the book. Kept hanging on for some form of personal breakthrough/ epiphany that I could take away with me, but alas, there was none.

Enthusiasm: The audiobook (through no fault of the narrator) conveys the passion of an automobile operating manual.

Optimism: Lighten up on the portrayal of everyone/everything (residents, politics, religion). You need to keep on walking if you're still this detached and cynical. Life lessons are still in front of you.

Would you ever listen to anything by David Downie again?

Best delivery possible (given the material).

Narrators voice is robotic and grating

David Downie is someone I generally enjoy reading and I’ve heard him speak about this adventure so I was really looking forward to cracking through this book, unfortunately the narrator sounds like text to speech technology of the last century filtered through an autotuner. I strongly recommend anyone considering buying this to listen to a sample of it first as I couldn’t even make it through the first chapter.