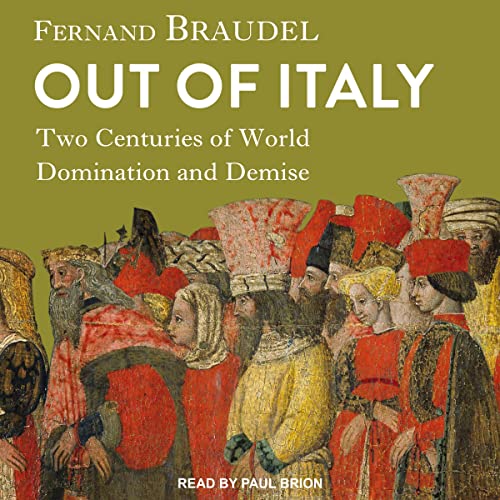 From the author of Memory and the Mediterranean, a comprehensive history of the Italian city states from 1450 to 1650.

In the fifteenth century, even before the city states of the Apennine Peninsula began to coalesce into what would become, several centuries later, a nation, "Italy" exerted enormous influence over all of Europe and throughout the Mediterranean. Its cultural, economic, and political dominance is utterly astonishing and unique in world history. Viewing the Italy (the many Italies?) of that time through the lens of today allows us to gather a fragmented, multi-faceted, and seemingly contradictory history into a single unifying narrative that speaks to our current reality as much as it does to a specific historical period.

This is what the acclaimed French historian, Fernand Braudel, achieves here. He brings to life the two extraordinary centuries that span the Renaissance, Mannerism, and the Baroque and analyzes the complex interaction between art, science, politics, and commerce during Italy's extraordinary cultural flowering.

What listeners say about Out of Italy