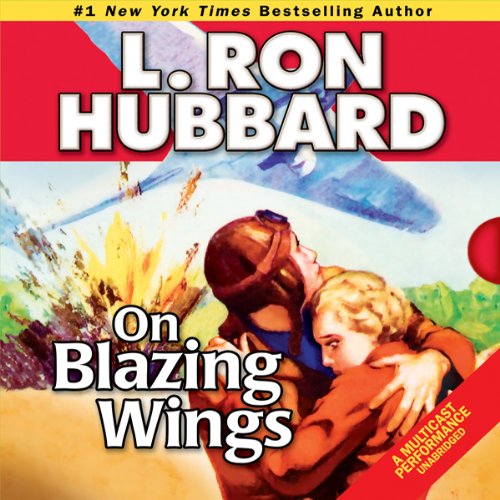 Embittered by past failures and broken dreams, American fighter pilot David Duane believes in but one cause - his own. Europe is at war, and he’ll fight it for a price, selling his deadly flying skills to the highest bidder.

Duane has come to the icy white wastes of Scandinavia to wage a private war in the skies. But he’s about to take off on a flight and undertake an unforgettable journey - On Blazing Wings - to a place beyond the imagination...leading to a revelation that will open his eyes and his heart.

In a world divided by war, Duane discovers that sometimes you have to make a choice, and that making the wrong one could cost him the woman he loves.

Soar to new heights of adventure as the award-winning audio version of On Blazing Wings puts you on the front line of a battle between love and death.

What listeners say about On Blazing Wings