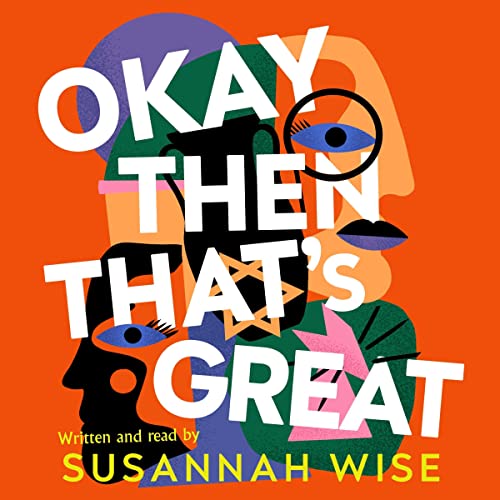 For several months Marnie, a middle-aged poet and mother, has experienced sightings of her long-dead identical twin sister, Perdita, across London. As a consequence, and due to her crippling writer's block, she has sought the help of octogenarian Harley Street shrink, Schlap, to work through her problems. Not least her repeated dreams of being a man.

Schlap has problems of his own though, having recently suffered a silent stroke that has affected his memory. Or is he more aware of reality than Marnie herself?

Marnie's long-suffering partner and their three teenage kids are not helping matters, either. Neither is Marnie's bohemian Alpha-course-attending mum, her diabetic chef dad, nor the inquisitive family dog. Perhaps Marnie's encounter and blossoming friendship with a woman who she thinks is the living embodiment of long-dead author Katherine Mansfield will provide the key to unlock her mind.

Will Marnie's writing be liberated from its prison? Is she losing her mind? Will the price she has to pay be bigger than the sum of its parts? And does the previous sentence even make sense? All will be revealed....

"It is magical, nostalgic, current, imaginative, tragic and very funny. I devoured it in two sittings. I saw nothing coming and was surprised and thrilled by the outcome." (Maureen Lipman)

"It made me cry and laugh. The relationships and dialogue are brilliant. Hilarious - a wild and moving menopausal Alice in Wonderland." (Indira Varma)

What listeners say about Okay Then That's Great

The story begins when Marnie hears the distinctive sound of her beloved sister clearing her throat. But her sister’s been dead for thirty years, and so begins a mystery which hooked me in and had me listening straight through to the end just to find out what the hell was going on. I’ve never come across a novel quite like this one, where a funny middle-aged woman is living a well-observed and complex family life, but where the dead are walking and strange things happen round every corner. It is quite brilliant and obviously written from the heart. It's beautifully read by the author and I’ve decided to listen to it again on holiday, at a more leisurely pace, to enjoy her wry, thoughtful take on psychoanalysis, love, the devastation of loss, and what it must feel like to have a nice big penis. Highly recommended!