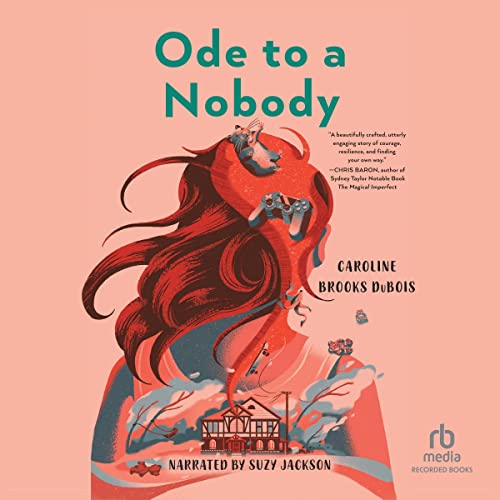 Ode to a Nobody

By: Caroline Brooks DuBois
Narrated by: Suzie Jackson
Try for £0.00

A devastating tornado tears apart more than just houses in this striking novel in verse about a girl rebuilding herself.

Before the storm, thirteen-year-old Quinn was happy flying under the radar. She was average. Unremarkable. Always looking for an escape from her house, where her bickering parents fawned over her genius big brother.

Inside our broken home / we didn’t know how broken / the world outside was.

But after the storm, Quinn can’t seem to go back to average. Her friends weren't affected by the tornado in the same way. To them, the storm left behind a playground of abandoned houses and distracted adults. As Quinn struggles to find stability in the tornado’s aftermath, she must choose: between homes, friendships, and versions of herself.

Nothing that was mine / yesterday is mine today.

Told in rich, spectacular verse, Caroline Brooks DuBois crafts a powerful story of redemption as Quinn makes her way from Before to After. There’s nothing average about the world Quinn wakes up to after the storm; maybe there’s nothing average about her, either. This emotional coming-of-age journey for middle grade listeners proves that it’s never too late to be the person you want to be.

What listeners say about Ode to a Nobody