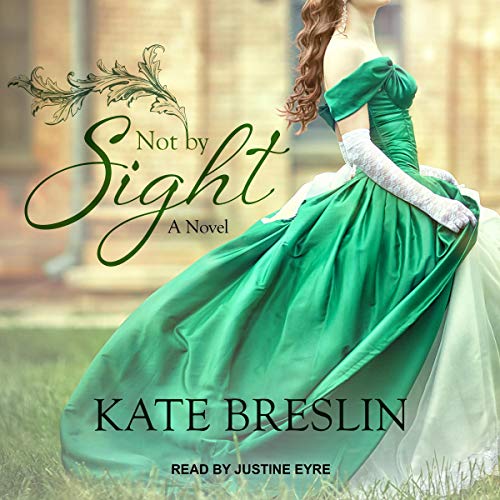 By: Kate Breslin
Narrated by: Justine Eyre
Try for £0.00

With Britain caught up in WWI, Jack Benningham, heir to the Earl of Stonebrooke, has declared himself a conscientious objector. Instead, he secretly works for the Crown by tracking down German spies on British soil, his wild reputation and society status serving as a foolproof cover.

Blinded by patriotism and concern for her brother on the front lines, wealthy suffragette Grace Mabry will do whatever it takes to assist her country's cause. When she sneaks into a posh London masquerade ball to hand out white feathers of cowardice, she never imagines the chain of events she'll set off when she hands a feather to Jack.

And neither of them could anticipate the extent of the danger and betrayal that follows them - or the faith they'll need to maintain hope.

What listeners say about Not by Sight

Give this one a try!

I hope romance listeners will try this story. I was skeptical, but I'm a sucker for the hero who is more than one thinks. The heroine is too quick to judge and the hero too self absorbed; however, the reasons the characters are the way they are are original or at least sincere. Ms. Breslin's talent is character depth. One can relate to what each is going through or their depth of feeling anyway. Her other talent is her ability to keep the story moving without repetitive character introspection. This is an enjoyable effortless listen that may sweep you away. And with Justine Eyre as narrator, you can't go wrong.

I love reading historical fiction, learning something new and putting myself back in time. But most war time books leave out the lofty, yet essential concepts like truth telling, forgiveness, faith and hope. I was relieved to see these were not forgotten in Not By Sight- in fact they were the point.
The intrigue, the turn of events, and the dialogue between characters kept me interested the whole way through.
Happy reading- you won’t be disappointed by this one. It might even uplift your spirits!

Couldn’t stop listening to it
Filled with history, mystery, faith, and romantic feelings that don’t escalate beyond kisses

I highly recommend this captivating novel. I look forward to reading the next book by Kate Breslin!

Loved it! Couldn't hardly put it down. The author develops the characters well. The narrator isn't my favorite but didn't detract from the story for me.A very enjoyable read/listen.

Very enjoyable WW1 era story set in Britain. Perfect for a weekend escape with your favorite cup of tea.