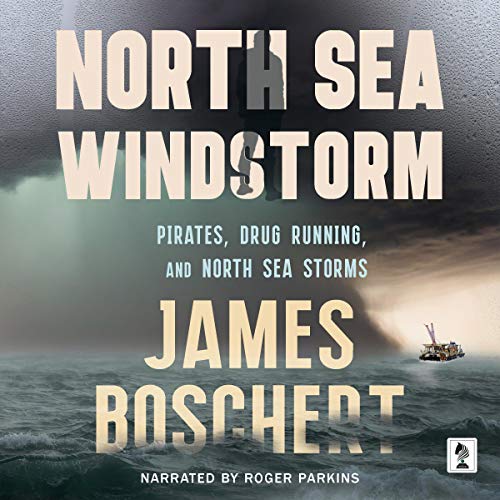 By: James Boschert
Narrated by: Roger Parkins
Try for £0.00

A major drug deal is underway and loose ends are being taken care of when two things go wrong: two murders that were supposed to look like a suicide and an accident get noticed – one on an English railroad, and one on board an ocean-going barge. As police are sent to investigate both seemingly unrelated incidents, the men at sea find themselves in dangerous waters. Who among them is on the take, and who is on the level? Who can be trusted when all of them are enduring the special man-made hell of life on an oil barge?

As if deadly drug runners weren't enough to contend with, a convergence of storm winds and tides is creating the kind of waves that can make even the largest ships disappear without a trace....

It’s surprising that more authors have not made the North Sea oil rigs the setting of a novel. It may be because most writers have experienced nothing like it. James Boschert has lived it. Listeners of North Sea Wind Storm will feel they have, too.

This story is extremely well written with a great depth given to the characters especially the main ones , this allows the listener to become vested in them. It builds to a great climax which draws the listener in. The narration is excellent especially given the number of characters and the individual accents used. Would highly recommend this book.

Great action novel that keeps you gripped from begginning to end. The narrator really brings the story to life and is able to give the wealth of characters their own voice. Expertly read.