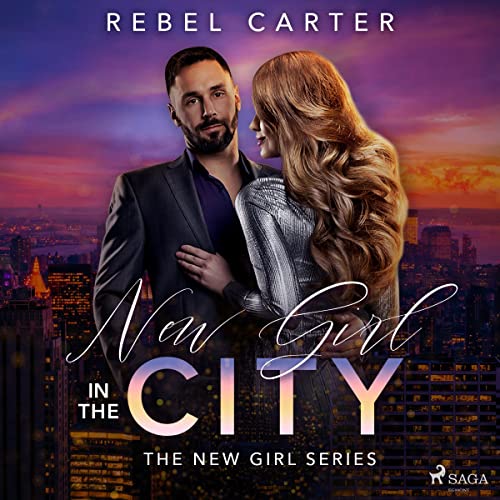 New Girl In The City

By: Rebel Carter
Narrated by: Elena Sanz
Try for £0.00

New job, New city...New man? To the world at large Melinda Pérez is at the top of her game. She’s just earned a promotion to her dream job, in her dream city. Melinda should be living her best life in New York City, and she is. At least according to her social media. The Diamond Dating League is the newest and most exclusive dating app on the market - curing loneliness is just one swipe away. It might be the answer to her prayers - if it weren’t for her driver. Her hot and obnoxious driver who she just can’t seem to get out of her head.

Even under the best circumstances, you aren’t supposed to daydream about your driver. Even more so when he’s eight years younger than you. Liam Conlon is infuriating and makes it clear he thinks Melinda is a spoiled princess. Never being one to disappoint, she’s happy to step into the role. But despite all the ways they clash there is no denying the tension and attraction building between them. But can they find the courage to step out of their roles and find something real with each other

Rebel Carter is an award winning new voice in romance with diverse, multicultural characters and plots that readers yearn for. Fans of Beverly Jenkins, Alyssa Cole, and Talia Hibbert will find much to love in Rebel's strong willed heroines and the swoon-worthy men who love them!

Rebel Carter writes with wit, elegance and longing. Her love stories exist in a world of their own, and it's one I never want to leave.

- Talia Hibbert, author of Get A Life, Chloe Brown.

What listeners say about New Girl In The City