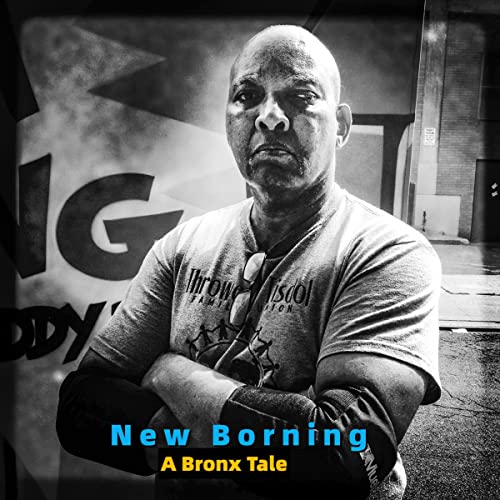 By: Emmitt H Thrower
Narrated by: Rob Milton
Try for £0.00

New Borning: A Bronx Tale is an autobiographical poetic story and collaboration between international photojournalist Jana Hunterova and the author Emmitt H. Thrower. The book examines the activism and art of filmmaker/activist Emmitt Thrower and the developing Bronx during the years 2001-2018.

The search for a new identity by Emmitt and the historical re-development of the Bronx follows a similar history as if they are joined together. The story takes you on a journey of love, faith, and perseverance while weaving through Emmitt's life altering traumatic event.

This coupling between Emmitt and the Bronx was as unlikely as it was necessary. Their energies propels them both onto a parallel path that eventually bonds them together forever. The impact they have on each other is unexpected but destined.

New Borning: A Bronx Tale chronicles this interesting union that has survived for nearly two decades with no end in sight. Emmitt works tirelessly trying to transform the Bronx while the Bronx is relentlessly transforming him.

What listeners say about New Borning