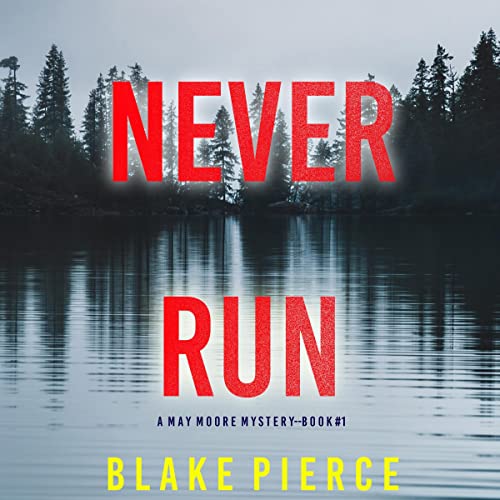 By: Blake Pierce
Narrated by: Melissa Durbin
Try for £0.00

From number one best-selling mystery and suspense author Blake Pierce comes a gripping new series: May Moore, 29, an average Midwestern woman and deputy sheriff, has always lived in the shadow of her older brilliant FBI agent sister. Yet the sisters are united by the cold case of their missing younger sister—and when an eerily similar serial killer strikes in May’s quiet Minnesota lakeside town, it is May’s turn to prove herself, to try to outshine her sister and the FBI, and, in this action-packed thriller, to outwit and hunt down a diabolical killer before he strikes again.

May Moore wastes no time investigating, but things quickly go south when her older sister, an accomplished FBI BAU agent who constantly outshines her, is called in by local authorities to help. Making matters worse, the case brings up dark memories and buried secrets from her family’s history—and neither May nor her sister are ready to confront the past.

But with a ticking clock, May and her sister will have to put aside old grievances to find this killer and save the next victim, and they will have to be careful not to assume this is the same killer from their past.

A suspenseful and harrowing crime thriller featuring a brilliant and tortured Deputy Sheriff, the May Moore series is a riveting mystery, packed with nonstop action, suspense, jaw-dropping twists, and driven by a breakneck pace that will keep you up listening late into the night.

What listeners say about Never Run

…another new series from Blake Pierce. This author has so many book series going I think sometimes she forgets some of her better ones (Zoe Prime, Kate Wise & Ava Gold) and continues to create new characters the are reminiscent of of the others she concentrates her attention on.
This is a good procedural with a serial killer on the loose. His signature killings remind the protagonist (May) of the way her younger sister was killed years ago. The protagonist has an older sister who is an accomplished FBI agent. They have had a long competition culminating with her failing to get into the FBI. There is obviously some resentment and May dwells on this throughout much of this book. Because of this, there is conflict between them. This becomes more apparent after May chooses not to follow the rules when the FBI takes over the investigation.
Melissa Durbin does a very good job narrating. I did need to listen on 1.2 speed otherwise it moved a little too slow.
If you found this review helpful please indicate so.
Thank You.

A DNF (did not finish) for me

I managed half the novel before giving up and abandoning it. The issue I had was the main protagonist's constant whining about her parents not respecting her, and her sister not seeing her as equal, .... over and over this is run by us. The scenes with her parents were cartoonish and hard to swallow as they would completely ignore her accomplishments and only praise her older sister. I just didn't buy it as it was written. The narration wasn't great and there were record-over mistakes Anyway, all I can say is it wasn't my cup of tea.