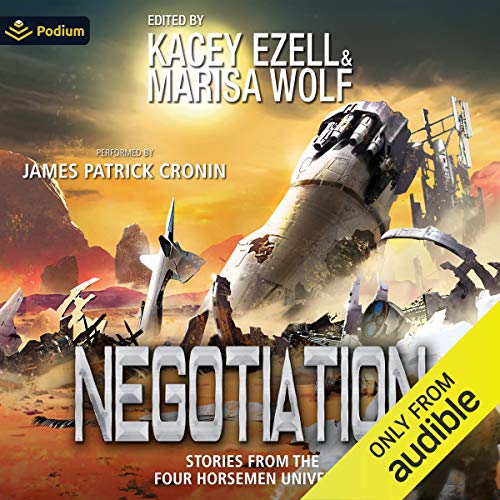 Thirteen incredible authors. Thirteen stories about the Depik - what they were and where their society goes from here!

It’s the 22nd century. Humanity has taken its first steps into the galaxy, and we’ve found ourselves in a vast playground of alien races, environments, and cultures. As the newest players on the universal stage, though, our position is readily apparent - we’re at the bottom of the food chain. But we’ve found new allies.

Stories. Not only are stories told to educate, but they also to help the young Depik make sense of their place in a galaxy that is so much bigger than they are. Enter now the world of the assassin, as these peerless killers decide how to make their way forward, and 13 amazing authors imagine the paths these Hunters will take.

What listeners say about Negotiation