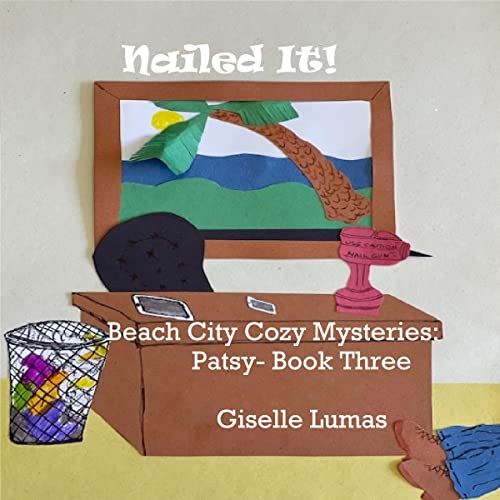 Shirley Martinez threatened Jerry Nichols in front of officers of the law. When Jerry turns up dead with the exact wounds that Shirley had warned about, she becomes the prime suspect.

Shirley enlists the help of her lifelong best friend, Patricia Garret, and paralegal investigator, Abigail Alexander, to find the real murderer. The more they dig, the longer the list of suspects grows. Will they find the killer before further framed evidence appears?

Shirley is running out of time, but Pat and Abi refuse to give up.

What listeners say about Nailed It!

Nailed it with this book

I enjoyed this book, I just wish it could have been longer, so the fun could continue. Oh well I guess I will have to start the next book in order to do that. It is a fun series if you just have a few hours to kill or don't want complicated twisted plots that you have to concentrate on. This is book three in the series but as the author tells you just the basics about each character before diving into the mystery, you don't need to read or listen to the books in order. The characters are quirky and feisty enough to be entertaining and keep me listening. The mystery was good and I was still guessing which of the many suspects was the killer, I think I would have picked the wrong character if I was pressed for my guess. Off to start the next book, I know I longer books but I think I might just be hooked.
After a building contractor mucks up a job badly, Shirley isn't happy. She makes a complaint, threatens him and even contacts a blogger. So when the man is found dead despite having other angry customers Shirley is the number one suspect. Can Shirley and best friend Pat find the real killer before she is nailed to the wall?n
I like the fact that the author is also the narrator because she knows the story so well, making it just jump off the page.
I was given this free review copy audiobook at my request and have voluntarily left this review

This is a good short story. Wish it was a little longer but I would continue this series. I received a free copy and left my honest review