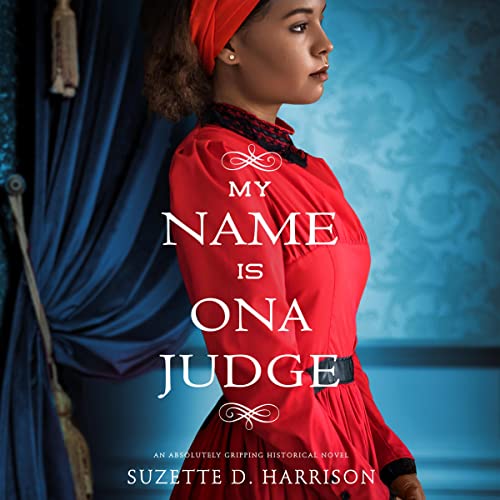 My Name Is Ona Judge

New Hampshire, 1796. “My name is Ona Judge, and I escaped from the household of the President of the United States. I was the favored maid of George and Martha Washington, but they deemed me a slave and thought me property, and I hear ten dollars is offered as reward for my capture. Now I must write the truth that I have lived, and tell my story…”

Chincoteague, Virginia, present day. Rain soaks Tessa Scott as she runs from her car to the old vine-covered property she has been called to survey. She’s too busy to accept a new job, but doing this favor for the grandmother of her childhood sweetheart delays a painful decision she must make about a future with her controlling boyfriend.

But when Tessa finds a tattered journal carefully hidden inside the house’s ancient fireplace, the tragic story of how Ona was ripped from her mother’s arms to live and work in the palatial Mount Vernon, and the heart-shattering betrayal that led her to risk her life and run, has Tessa spellbound. Could discovering this forgotten scandal at the heart of her nation’s history force her to confront her own story? As she races to reach the final page, will anything prepare her for the desperate moment when Ona’s captors find her again? Will it inspire Tessa to take ownership of her own life and set herself free?

What listeners say about My Name Is Ona Judge

What a wonderful book

I throughly enjoyed this story. The history woven into it was enlightening. I am ever greatful to the authors who do the research and then crafty provide a well thought out and planned way to present the material with truth and humility. I am thankful that the facts of many ancestors story's are being unearthed and shared to the generations that follow so that the truth is known and celebrated. This is a great story and I recommend it.

Clever depiction of the story about Ona Judge

I was pleasantly surprised by the story and how the author told it. I’m glad she mix the old and new. it made the story come to life and interesting to listen to.

I LOVED IT!!! I especially loved the authors note. Very good book. I highly recommend it. 🙂