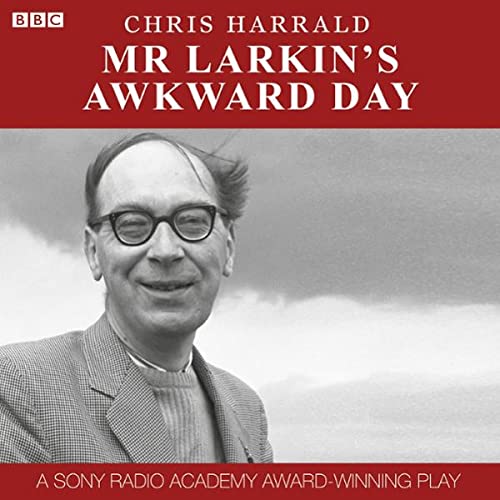 Chris Harrald's Sony Radio Academy Award-winning play takes a light-hearted look at a chaotic day in the life of an emerging poet.

One morning in September 1957, Philip Larkin receives a very official looking letter which sends him into a spin. The events that unfold provide a delicious insight into Philip’s character, with a tremendous sense of period. The Sony Gold citation said: 'Assured direction, excellent performances and concise, skilfully-researched writing all made this deceptively straightforward story a masterpiece. Funny and touching by turns, a single, seemingly insignificant incident in the life of Philip Larkin brought out the humanity and humour of a poet whose personal life is not commonly associated with either.'

This radio play is an enjoyable look at the poet Larkin in his early to mid career I guess. He is a librarian at Hull University, grouchy, beginning to experience success. He has been to London with Bob Conquest where they have pursued their drink and laddish pursuits. Larkin, as has been well written about, had a taste for (probably quite tame?) porngraphy and Conquest uses this to play a prank on Larkin. The play alludes to the darker , serious, sides of Larkin and one has the feeling that Larkin probably was like this. Outwardly affable, if slightly waspish, humorous and caustic in his observation. It is entertaining and benefits from marvellous performances all round. Larkin has been pretty lucky in his impersonators I reckon - Scarborough here, and Alan Bennett , and Hugh Bonneville on screen.

What other book might you compare Mr Larkin's Awkward Day to, and why?

Something like Alan Bennetts An Englishman Abroad. Because it is a well known personality, and it takes one incident and blows it up, to reveal essential things about the man.

Scarborough brings his acting skills to bear. Its probably wrong to think we all have this skill to create the drama so well in our heads.

When Ann Reids character is talking about her drinking, and her problems, and Larkin feels all the helplessness and sadness , one feels, not just of her situation, but his own , and of so many.