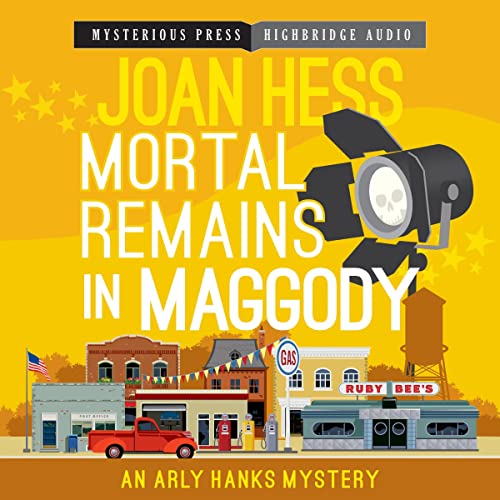 Another "great" cozy mystery set in outrageous Maggody, Arkansas, a town so strange that even Hollywood filmmakers can't believe it's real (Library Journal).

From the Kwik-Stoppe-Shoppe to the Pot O' Gold Mobile Home Park, there isn't much glamour in Maggody...but this flyspeck Arkansas town is about to become famous. When a Hollywood production company chooses Maggody as a backdrop for an X-rated Ozarks Romeo and Juliet, the locals are starstruck. And as Maggody is flooded with washed-up actors, ruthless producers, and a cynical crew, the townsfolk will do anything for a close-up - even if it means resorting to murder.

Chief of Police Arly Hanks has no time for Hollywood - she's got her hands full with a local arsonist - but when one of the actors is found dead in a bathtub, she's forced to intervene. As the film spins out of control, Arly realizes that the citizens of Maggody will stop at nothing to get their fifteen minutes of fame-even as the town burns down around them.

In the spirit of David Mamet's State and Main, this delightful novel shows that when Hollywood collides with small-town values, the movie industry doesn't stand a chance.

What listeners say about Mortal Remains in Maggody