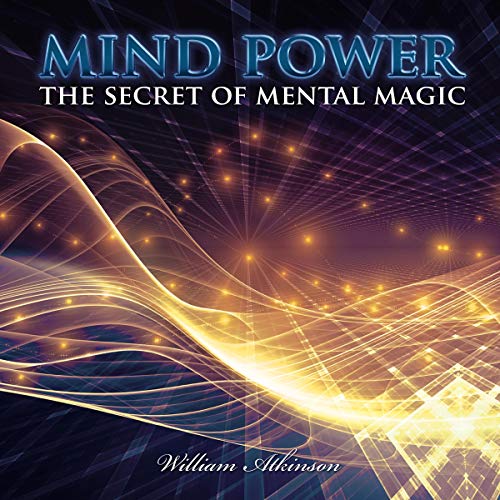 By: William Atkinson
Narrated by: Clay Lomakayu
Try for £0.00

We see on all sides men who seem to exert a wonderful and mysterious mental influence upon others - upon those associated with them, or upon the public mind. Leaders spring into prominence, apparently owing their power to some mysterious influence over the minds and wills of others. Some attain power and position - others attain wealth and social state, by reason of some inner force. When we meet certain people, we become at once impressed by a something about them that makes its power and influence felt by us. They seem to radiate a peculiar force that bends our wills captive and causes us to fall in with their desires, to a greater or lesser extent.

We know that when some people enter a room, they bring with them an indefinable influence that becomes apparent to all. Certain houses and stores have atmospheres of their own, which are perceptible to those entering them.

What listeners say about Mind Power

listen if you feel life can improve

Brilliant, because you are worthy of it,
dynamic, strong, powerful and happy.

my message to you

peace through superiority of thoughts

also i was very pleased with the orator's narration.

A must read_listen to all humanity. WWA has put great effort in writing his books, we owe it to him to heed their contents.

Another Masterful work by Charles Atkinson with his profound esoteric yet simple teachings . I swear by his literature and am Grateful to have heard of him.

the author is a racist

It’s long, and straightforward. Not a novel or humorously entertaining like some New Age books. However, I will “ Will “ myself to listen to it at least 3 tomes! Truth!

This book is amazing. The author does an excellent job of explaining complex concepts in an easy to understand manner with real world examples. Some chapters appealed to me more than others but there is so much wonderful content here. I’m also a big fan of the narrator who has narrated several of these similar type of books from the late 1800s or early 1900s. I would definitely recommend listening.

This is a great book, and is powerfully influential no matter where you are starting from in your personal development. Take what you need. Reread as your needs change. There's a wealth of gems to mine from this book at any point in your life. Many blessings.

I very much enjoyed this book as well as the reader, want to read more than once.

After listening to this, you will have the mindset described by the author: 'I can and I will."

This book coupled with “The Kybalion” & “Thought Vibration” are MUSTS to READ, RE-READ, & RE-READ THE RE-READING, for COMPLETELY UNDERSTANDING HOW TO DOMINATE “The Game Of Life”; as “All Is Mind—The Universe Is Mental” (quoted in The Kybalion).

This book is also an excellent companion to pair with Neville Goddard’s book “The Power Of Awareness”, for in-depth Self-Study & TRUE Personal Development—on the Mental/Spiritual Level; not some “superficial fluffy stuff” as other personal development/mindset content is, flooding the “Self-Help” market space, by authors purely seeking after publication fame.

THE CLASSICS ARE ALWAYS THE BEST!! 📜