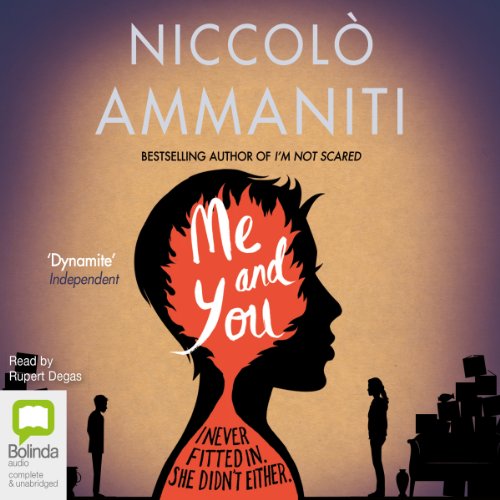 By: Niccolo Ammaniti
Narrated by: Rupert Degas
Try for £0.00

Lorenzo Cumi is a 14-year-old misfit. To quell the anxiety of his concerned, socially conscious parents, he tells them he’s been invited on an exclusive ski vacation with the popular kids. On the morning of the trip, Lorenzo demands that his mother drop him off before they arrive at the train station, insisting that his status will be compromised if he shows up accompanied by his mother.

Reluctantly, she agrees, and as soon as she is safely out of the vicinity, he turns around and makes his way back to his neighborhood, to put his real plan in motion: for one blessed week, Lorenzo will retreat to a forgotten cellar in his family’s apartment building, where he will live in perfect isolation, keeping the adult world at bay. But when his estranged half-sister, Olivia, shows up in the cellar unexpectedly, his idyll is shattered, and the two become locked in a battle of wills - forced to confront the very demons they are each struggling to escape.

What listeners say about Me and You

From a noob the narrator was very good I would listen to more books just for this narrator.
The book was very good.
The ending made me feel weird and unsettled.
It was shorter than expected but it was very good. I read some reviews and the reviews I read was people being over critical who spend their time looking for things to complain about instead of just enjoying the book.

This was a great little story! I highly recommend it. The narration was excellent as well.

Niccolo does it again and Rupert's narration is awesome. I always love this collaboration I can't wait for the next book