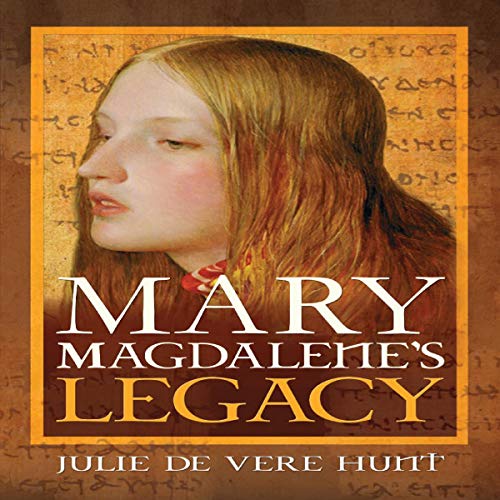 Mary Magdalene was written out of history after the crucifixion. Now her story is being told of what happened to her and what important work she did in those lost years: a story of murder, betrayal, love, faith, and courage that rewrites biblical history.

An Arab peasant called Muhammad Ali accidentally discovered ancient texts buried in a sealed jar in the mountains in Upper Egypt in 1945. He excitedly smashed the jar expecting to find gold, only to discover inside 13 worthless papyrus books bound in leather. These became known as the Nag Hammadi library, a collection of early Christian and Gnostic texts, written in Greek and dating back to the 1st century AD. Dismissed as heresy by the Orthodox Church, in many of these gnostic texts, Mary Magdalene is portrayed as an enlightened spiritual leader privy to the secret teachings of Jesus.

In The Gospel of the Saviour, Jesus calls Mary The Woman Who Knows the All. Set in 1st century Judea, Egypt, and France, Mary Magdalene's Legacy follows her life after the crucifixion, carrying on the bloodline of Jesus and transmitting the original teachings of Jesus.

I enjoyed this book and listened to it in one sitting. Beautifully read by the author it was engaging and I can’t wait to find out more on the subject.

Thank you Julie for this book. Yes it will perhaps cause questions, doubts and upset, for many who’s belief systems have been built on traditions and beliefs which have been passed on for thousands of years, yet there is such a resonance of truth for me. Truth has a way of revealing itself when the ears are ready to listen.
Beautifully read.

The author takes you into the ambiance of the time and on a colourful journey. Well researched, full of intrigue and beautifully written. A joy to listen to.

'I am completely shocked'

It takes my breath away. Mary Magdalene's Legacy challenges my grip on Christian history in a credible way. Well-spoken, well researched, and shocking. My view of the New Testament will never be the same again.

Very informative. Things I often wondered about and didn’t know how to move forward in my mind.
Thank you.