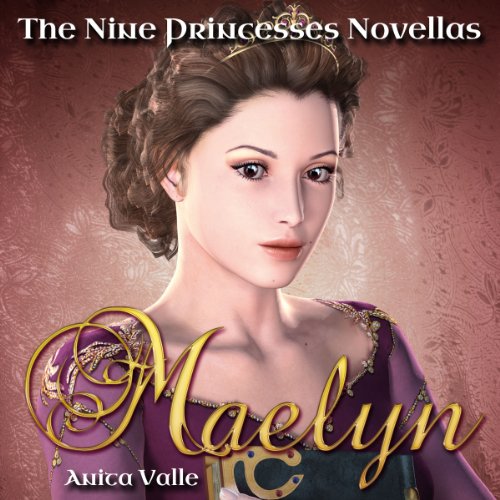 By: Anita Valle
Narrated by: Lara Asmundson
Try for £0.00

Maelyn was not born a princess. The king found her as a child, the lone survivor of a poor village slaughtered by the Red Fever. Suddenly she became a princess of Runa Realm, the first of nine orphans adopted by the king.

By her eighteenth year, Maelyn rules over Runa and a family of nine sisters. But some call the princesses frauds and imposters, a handful of urchins raised into royalty. Even Uncle Jarrod, the High King of Grunwold, seems determined to prove that Maelyn no longer deserves to be a princess. With a family losing faith in her, and a kingdom growing dangerously hostile, even Maelyn begins to wonder if she is truly a real princess. And if her riches will turn to rags once again...

The Nine Princesses Novellas is a series that chronicles the adventures of an unconventional family of princesses, the struggles they face in a kingdom often hostile to their humble origins, and the day-to-day dramas of nine young women whose personalities often clash like swords. Fans of Gail Carson Levine and Shannon Hale would enjoy this young adult series.

Recommended for ages 12 and up.

What listeners say about Maelyn

I don't understand why it is only part of the book. This is a great story. Why would Audible only do part of a book. I was looking forward to hear this story. Very disappointed.

I enjoyed this story. The princesses were interesting. I will definitely read the next book in this series.

A Fairy Tale for Everyone

What made the experience of listening to Maelyn the most enjoyable?

For me the narrator's voice, the way the story is delivered, sells the story. Fortunately, Anita Valle is an excellent writer and delivers a storyline that keeps the listener glued to his seat.

The compassion of the childless king extendsnot only to his wife but throuhis kingdom. As the story unfolds he turns out to be respected and honored, which is something his brother, a king who oversees many more subjects and kingdoms, cannot comprehend.

The eldest princess confronts her uncle and gives him a gift of a keg of rare wine. This is where the story turns, a tale within a tale.

No, I rarely have the time to listen or read through to the end of a story, but it had my undivided attention.i recommend this for readers of all ages. I am a 'storyteller,' having honed my skills on the works of others by enhancing their tales in elementary schools, at club meetings and at day camps for children. This is a very tellable tale that begs to be retold, with the author's permission, of course.

Great story, worth taking the time to listen and share with others.