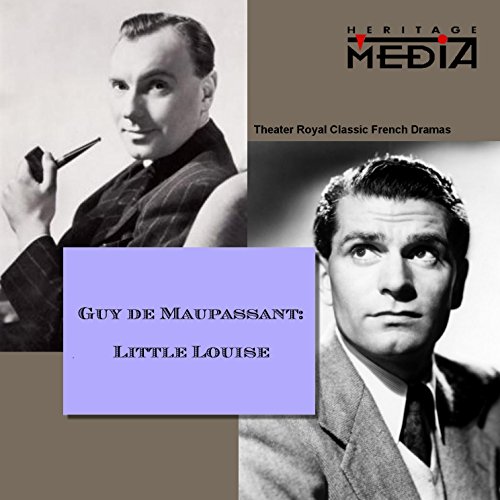 By: Guy de Maupassant
Narrated by: Laurence Olivier
Try for £0.00

Written in around 1885, Guy de Maupassant’s Little Louise Roque was one of his first psychological studies. Laurence Olivier plays Joseph Renardet, mayor of Carvelin, who alone knows the true identity of the murderer of little Louise Roque, strangled on his land. The outcome is a dreadful retribution.

"Theatre Royal" was first broadcast by the BBC in 1953 and was quickly taken up by American radio networks. It is the only radio series in which Laurence Oliveir starred.

What listeners say about Little Louise

It's a nice short story, it leave room enough to allow yourself some freedom to interpret motive. Clever. Voice acting was a bit over the top ( for modern standards) but still acceptable.