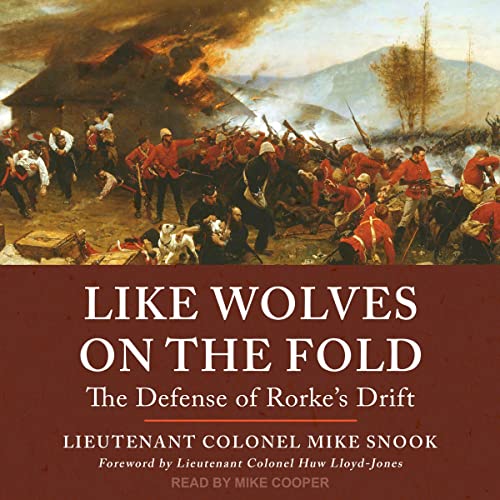 A detailed chronicle of a significant opening battle in the Anglo-Zulu War: "The Zulu attack on Rorke's Drift thrillingly retold" (Richard Holmes).

On January 22, 1879, the British Army in South Africa was swept aside by the seemingly unstoppable Zulu warriors at the Battle of Isandlwana. Nearby, at a remote outpost on the Buffalo River, a single company of the 24th Regiment and a few dozen recuperating hospital patients were passing a hot, monotonous day. It seemed certain that the Rorke's Drift detachment would share the same fate. And yet, against incredible odds, the British managed to defend their station.

In this riveting history, Colonel Snook brings the insights of a military professional to bear on this fateful encounter at the start of Anglo-Zulu War. It is an extraordinary tale-a victory largely achieved by the sheer bloody-mindedness of the British infantryman. Recounting in detail how the Zulu attack unfolded, Snook demonstrates how 150 men achieved their improbable victory. Snook then describes the remainder of the war, from the recovery of the lost Queen's Colour of the 24th Regiment to the climactic charge of the 17th Lancers at Ulundi. We return to Isandlwana to consider culpability, and learn of the often tragic fates of many of the war's participants.

What listeners say about Like Wolves on the Fold