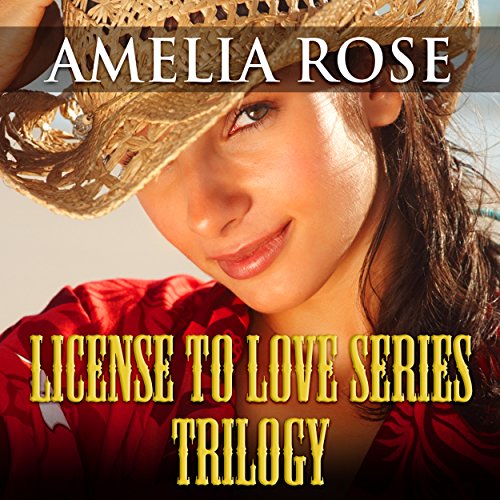 By: Amelia Rose
Narrated by: Laurence D. Yaklin
Try for £0.00

Clara Roberts has found herself forced to flee across country, pursued by a madman who seems to have access to every aspect of her life. Consequently, she is off the grid and under the radar when her truck breaks down in a small corner of southwestern Oklahoma, and she finds herself at the mercy of a local cowboy. While she knows that she will eventually have to keep running to stay one step ahead of her stalker, she begins to find herself drawn to this man. With his support she decides that her life is something worth fighting for.

Shad Brandt wasn't sure what to expect when he pulled over to help out the girl on the side of the road, but it isn't long before he realizes that she was a lot more than he bargained for. He knows that she is running from something, but he can't quite place his finger on what it is. However, he cannot turn his back on this woman in need and when he opens his home and his heart to her he finds something else entirely. So when danger comes to lay claim to Clara, he finds that he is willing to sacrifice everything to make sure she stays safe.

What listeners say about License to Love Series: Trilogy

This box set includes 3 books: 1. Stranded, Stalked and Finally Sated; 2. Mending Hope and 3. Wounded Pride. This well narrated contemporary small town trilogy follows a female sherriff and her two brothers as they get involved with love, crime and criminals.

This is a good boxset. There is three stories all of them is good. Laurence yatklin did an excellent job narraiting these stories.

A POWERFUL LOVE TO KEEP HER SAFE

The authors books are always enjoyable . This has Clara being stalked , and running and finding peace and maybe love with a cowboy Shad. She has secrets he knows, just didn’t realize how dangerous they were or how much he loved her. Good narration added to this story. Given ARC audio for my voluntary review and my honest opinion

I’ll be upfront; I wasn’t a fan of this batch of stories. Besides the super-insta love that took place between all the main characters which was just too unbelievable for my liking, I had a big issue with the narration.

I didn’t have many questions/comments for the story itself; I just found it boring. Like the love connection happened way too fast, much faster than in any other “insta-love” story I’ve read or listen to. There was no way for me to feel a connection with any of the characters because everything happened too fast.

The narration… Where to start? Besides the fact the narrator’s voice reminded me of a father, narrating a romance story did not work at all! It was like listening to a father figure go into detail regarding a sex scene (genitals, breasts, etc.). It was cringy, in my opinion. After the first sexual sex (it was them making out), I skipped through the rest of those scenes. Yucky! Moving on, I could see (or hear) this narrator reading documentaries or maybe Sci-Fi, not romance! Why he thought he had the voice for romance is beyond me. Stay away from the light, sir! Besides that, his speed… Why did he talk so fast at times and then slow down, only to speed back up again? Going from one sentence to the next with barely a breath in between. Why? I tried slowing the speed down, but that didn’t work. It was annoying. It was like it was trying to get through the story as fast as possible because sub-consciously he knew this wasn’t the type of story he should be narrating. That was another reason why I just couldn’t get into the story; he read it too quickly. There were times when I was sure he was actually a robot talking, not a real person. Lastly for the narrator, I don’t know if he’s British/English and was just doing an American accent, but I thought it strange he pronounced “Advertisement” as though he weren’t American. I can’t spell it out because it won’t look any different than normal, but if you’ve heard an English person said it, you’ll know they pronounce it differently.

There was the part when Clara and Shad went to make out that first time. We’re told that Clara was wearing shorts and a button up. When they’re going at it, she’s suddenly wearing a skirt… Did he spilt her shorts?

Then in book 2 with Alyssa, there was a part when Woody was thinking about the fact he’d only known Alyssa a few weeks. Alyssa had driven down like the day after she received Clara’s letter, if not that same day (I can’t remember); there was no way she’d been there “a few” weeks already. Also, I swear there was a part when the author switched Alyssa and Clara’s names around. I was driving and listening at the time and couldn’t find the exact location when I stopped, but it was near the beginning of book 2. I have no clue how that wasn’t caught, but yeah.

With Charles the stalker in book 2, how/why was he charged with kidnapping? He hadn’t kidnapped anyone…

With the covers of the individual books, why were the females wearing cowboy hats? Based on that, I’d figured there would be some cowboy stuff going on. Maybe the male leads were cowboys, but there was nothing like that. Shad worked and owned a farm but nothing cowboy-esque about him.
I received a free audiobook code in exchange for an honest review.

I am so in love with this trilogy.
all the romance and excitement oh my.
I highly highly recommend this trilogy.
I started it today at work and I couldnt stop it till it was over.I received this audiobook for free, at my own request, and are reviewing voluntarily

I got this story via audiobook boom and this is my voluntary review. I felt this was a feel-good story with several plot twists that moved the story in one direction and then another without losing the main thread of the story. The secondary characters made the story. So glad that there will be two more books to round the story out. Great narration.