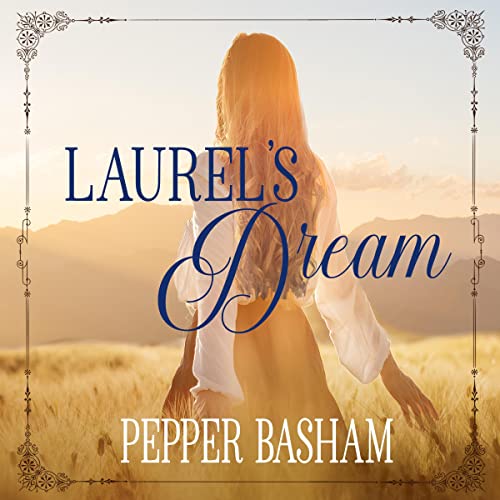 By: Pepper Basham
Narrated by: Catherine Gaffney
Try for £0.00

Dreams are precious commodities in the Blue Ridge Mountains of 1918, and Laurel McAdams is attempting to make hers come true. But sometimes, life in the mountains has a way of squandering dreams. As she attempts to avoid matrimony, she is secretly saving for her future with the sole purpose of becoming a teacher and bringing consistent education back to her people.

Having failed his British father again by being unable to fight in the Great War, Jonathan Taylor joins his uncle's missionary endeavors as a teacher in a two-room schoolhouse in Appalachia, but nothing prepares him for the rugged wilderness, narrow-minded natives, and...Laurel McAdams. Her joy and friendship prove a guiding light in the middle of his new responsibilities and tempt his timid heart toward a future he never expected.

But when Jonathan's teaching methods lead to dangerous outcomes and Laurel's dream is threatened by an unexpected choice, will these two learn how to find hope and maybe even love beyond the heartache? Can Jonathan and Laurel create a new dream from the shattered pieces of the old ones or will bitterness and brokenness keep them apart?

What listeners say about Laurel's Dream

Basham's story held me from the beginning. Heartwarming. Heartbreaking. Full of love, grace, and hope. I highly recommend it!

Great day in the morning!

I’m still sighing! Jonathan, a gentle English man, steps into a world he never knew existed when he arrives in the Blue Ridge Mountains to teach, prove himself, and connect with a beloved uncle. There he encounters mountain folks of all sorts, including those who are dead set on turning him away. Jonathan has some interesting moments the school children, the townsfolk, and with the lovely Laurel, a mountain girl who dreams of bigger things. Their romance is a slow burn that ignites after a series of unexpected events, and will keep readers turning pages for more. The colorful descriptions, breathtaking scenery, and the author’s vivid depiction of this community of strong, proud, & capable people made me long for more. I adored listening to this on Audible and the narrator really brought the characters to life. I can’t wait to read the upcoming sequel, The Heart of the Mountains!

I truly appreciated the imagery and narration. They were absolutely wonderful! The author developed a story that opened my heart and eyes. A true journey to love and acceptance.

Disclosure statement:
I receive complimentary books for review from publishers, publicists, and/or authors, including Netgalley. I am not required to write positive reviews. The opinions I have expressed are my own. I am disclosing this in accordance with the Federal Trade Commission's 16 CFR, Part 255.

This is for the audio version. I loved the book. My first of Pepper Basham. The author makes me feel like I am Laurel, and live in Appalachia! It was awesome. She did a great job writing in funny parts and sad, and bringing them all in together. The faith theme was incredibly good. The person who read it, did great at the accents of Laurel and Jonathan. The influx was also well done. Loved this book.

I really enjoyed this one! I thought that the narrator did a great job!

I was given a free review copy of the audiobook and have voluntarily left this review. The thoughts and opinions expressed are mine alone.

"Regret don't do nothin' but steal your joy and cloud your eyes from seein' the blessings."
This book pulled me in and wrapped itself around my heart. I loved it from beginning to end.
Pepper Basham has a wonderful way of describing her beloved Blue Ridge Mountains and the people who live there.
I highly recommend this book! Jonathan's introduction to mountain life is not to be missed!
I first read and reviewed this book in January 2019, I am so glad that it is now available in audio.

Brings the story to life!

I’ve read this book a couple of times but wow! The narrator does such a great job of bringing this one to life. She nailed Appalachian!