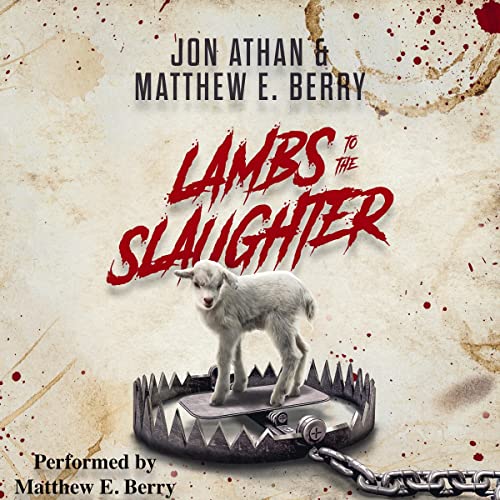 Lambs to the Slaughter

A cold case turns blood-hot when the butchered remains of a mobster are discovered in a gory crime scene resembling the murder of a veteran detective. Chase Hauger, a homicide detective diagnosed with terminal cancer, suspects the Enigma Killer—a serial killer known for using elaborate traps to "teach" and torture his victims—has returned after years of dormancy. Chase sets out to bring the Enigma Killer to justice and avenge his slain friend, but he quickly finds himself caught in a web of lies and a storm of bloodshed.

Can he catch the killer before death catches up to him?

Jon Athan, the author of The Groomer, and Matthew E. Berry bring you a violent, suspenseful horror novel filled with twists and turns.

What listeners say about Lambs to the Slaughter