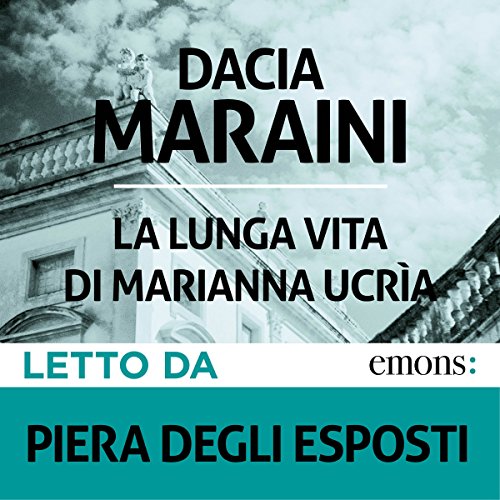 By: Dacia Maraini
Narrated by: Piera Degli Esposti
Try for £0.00

I only enjoyed this novel via Audible, while I was drawing, so I don’t know how it would have worked out for me had I read the book instead. After a while I had to put my pencils down as I felt more and more immersed in the narration. The writing style - quite colorful and dramatic - seems appropriate to the epoch and the events it portrays. Main character’s choice: a woman who, despite her inability to speak and hear, is able to advance intellectually over most of her kins and force them to pause while relating to her, is brilliant. More so today when queer thinking focuses on ableism as another form of racism, informed by a basically a binary view of humankind. Also interesting is the vintage point the author gives the protagonist - and its readers - while she navigates the patriarchal Sicilian society (whether being shunned by the farm workers or being chastised by her son for her independence). Marianna, the deaf and mute protagonist, stands out because she forces a break in the spoken world surrounding her: she either forces people to write to her in order to communicate with her, or to use their body language, whereby forcing us to pause and reflect upon the behaviors and thinking of the characters, right as the novel evolves under our very own eyes (or ears). Of course, Marianna’s intellectual victory is possible because of her social position of privilege, people have to listen to her, she is a Duchess. None the less, she is above all of her aristocratic female colleagues, who rot away their brains and bodies, caged in the patriarchal expectations they are not able to fight against.