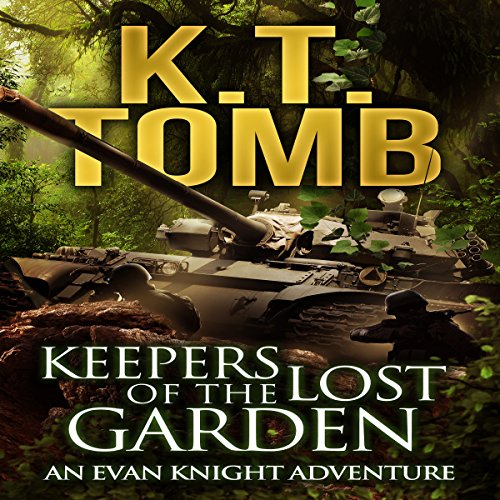 Keepers of the Lost Garden

Dr. Evan Knight, a maverick historian and martial arts expert, is on a lifelong quest for the Garden of Eden. He teams up with Jessima IL Eve, a Daughter of Eden who believes Evan is "The Chosen One" and is prophesied to be the savior of the Garden.

While Evan and Jess make their way to Iran and toward the Garden of Eden in order to protect and save it, a diabolical exiled Daughter of Eden named Sulna joins up with Alexey Konstantin, of Konstantin Pharmaceuticals and heads for the same place. Alexey risks his very life to be Sulna's partner on this quest. Her unnatural hungers are evil, yet compelling, and she knows how to disable the fortress and get to the Tree of Life. She will stop at nothing to get there first and destruction is her intent.

Evan Knight is falling in love with an immortal and drawn into Jessima's world of danger, betrayal, and ancient history that will challenge his courage and reveal his thrilling, greater purpose.

Both teams race toward the Tree of Life, which exudes a healing oil like no other. Whoever possesses it shall become an immortal.

However, Sulna and Alexey's army is on the way to the Garden of Eden....

Keepers of the Lost Garden is book two in the epic adventure series about the search for the Garden of Eden.

What listeners say about Keepers of the Lost Garden