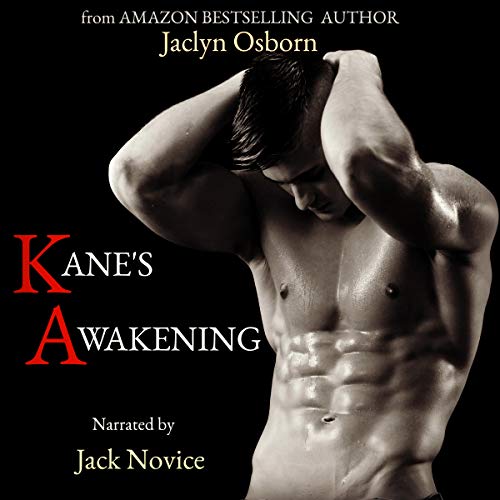 By: Jaclyn Osborn
Narrated by: Jack Novice
Try for £0.00

“I built a wall around my heart and refuse to let anyone in.”

Rookie cop Kane Matthews doesn't believe in love and is only interested in random hookups. It's easier that way. Less complicated. He learned years before that opening up to people would only cause pain when they screwed him over. At 24, he has no desire to settle down.

“I want someone who will stay by my side. Someone to love and grow old with.”

Defense attorney Ryker Carson is a romantic at heart and is looking for his Mr. Right, but after several failed relationships, he doubts he'll ever find true love. But that doesn't stop him from trying. At 31, he's the father of eight-year old twins, and he needs a man who will accept not only him, but his family as well.

Kane and Ryker couldn't have been more different, and yet, when they randomly meet in a club one night, their attraction is undeniable. Hot sex in the club soon turns into more, and Kane is faced with one of his biggest fears: commitment. Ryker is drawn to the sexy, arrogant, and unfiltered Kane, even though he suspects only heartache can come from it.

When an incident at Kane's work leaves him emotionally vulnerable, the two men grow closer and sparks fly. However, Kane's fears and troubled past catch up to him, threatening to push away the one man who's ever captured his heart.

This is Book 3 in the Awakening series and can be read as a standalone. Trigger warnings: Gun violence and associated trauma, depression, rough sex, and a scene of suicidal ideation.

What listeners say about Kane's Awakening

I loved reading this book but it was Amazing to hear it. It's definitely a 5 star Audible!

This book was well written with a detailed plot. Readers can experience the development of the love they share and their ups and downs.

📖 Story comment: High angst and took me a while to warm up to the characters. I like the age difference between the two and I liked their dynamic. I enjoyed seeing the relationship develop and trust build.

🎧 Narrator comment: I'm on the fence with the narrator, timing and intonation was good, but I would have liked a stronger difference between the characters. I also wasn't a fan of the random background noises / special effects.

I loved everything about this book with the narration and the story. Please leave out the background music and strange sound effects.

I've read some of Jaclyn's books before, but hearing this one made the story even more touching. I wasn't expecting all the extra sound effects, and they were a bit distracting at times, but the excellent narration made up for it!

The story was good but not great. It stretched out too long. Loved the MCs but it just took too long to get there. The performer was fine, but not enough of a difference between the characters. Also the background noises were awkward, especially the music. Could definitely do without those. Overall not worth the money spent to listen.

I really enjoyed this story it was every bit of awesome and the characters were amazing Jaclyn is becoming one of my favs looking forward to reading more from her. My only complaints was I didn’t like the theatrics at all and that is just my opinion I just prefer to listen and concentrate

I loved Riker right away, Kane did eventually grow on me. Lots of angst and it took Kane awhile to come around but once he did, he was adorable. This was the first audio I listened to with background sounds like a dog barking, doors shutting, gun shots. That was very cool😄. The narrator did a great job as well.