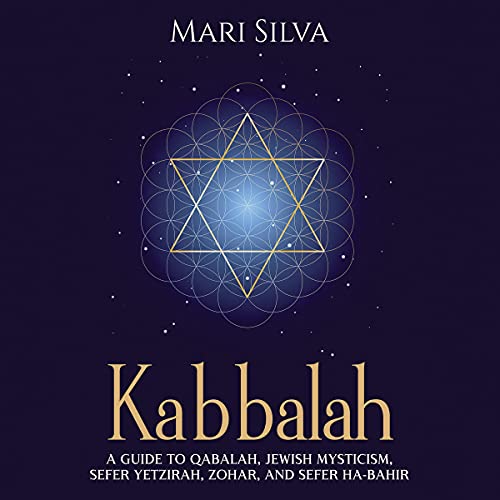 By: Mari Silva
Narrated by: Ivan Busenius
Try for £0.00

Five manuscripts in one audiobook:

The Jewish people have Kabbalah as their way to understand how man and God are connected and how God relates to the world. For many centuries, Kabbalists have continued to dive into the Kabbalah's teachings about who God truly is and what we owe God as humans.

Unfortunately, some assume that Kabbalah is something only a few initiates can get to know, but that's not the case. Kabbalah offers two kinds of secrets. The secrets not in the public awareness, which, as soon as they are revealed, are seen for the illusions they are so that all the mysteries they once held are gone. Then, there are the actual secrets right there for you to see yourself. When the latter secrets are mined for more truth, all you find is more depth and profundity. These secrets become richer and richer, and they light up the world. These are the actual secrets of Kabbalah - they aren't so secret after all.

What listeners say about Kabbalah

In this audiobook I have found one of the best explanations about the human soul and the structure of reality between Jewish and God!

The Information is Good but too long!

I had an opposite view about Kabbalah and Freemasonry. Now I am aware that they are spiritual wisdom that give answers to fundamental questions of human existence.

It was hard and cringe to hear him pronounce all the Hebrew words incorrectly. I seriously cringed every time. I got through the book, as it was good information, just horrible narration.

I found the text lacking. Sorely lacking. I will not purchase anything else from this author.

narrator is not engaging & the tone sounds off & out of place for the content of the book. It doesn't make want to continue to listen.